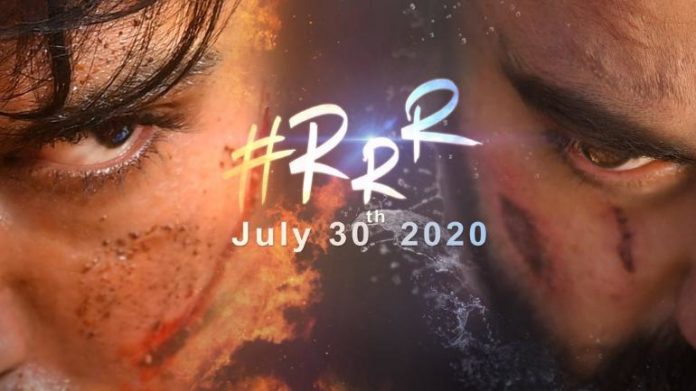 Tough Taskmaster SS Rajamouli’s Multi-starrer film, which stars Jr. NTR and Ram Charan in lead roles is progressing at a brisk pace. As per the latest reports, the makers have agreed to give the Krishna and Guntur Theatrical Rights for a massive price of 13 Crore. Needless to say, it’s an all-time record price.

RRR’s storyline is set in the era of 1920s pre-independent India. The film is based on the life story of Komaram Bheem and Alluri Seetharama Raju who were brave freedom fighters from the states of Telangana and Andhra Pradesh. RRR will release in all the Indian languages. The film is being bankrolled by DVV Dannaya under DV Entertainments.

On the other hand, RRR shooting is progressing at a jet speed. Meanwhile, a foreign actress, Olivia Morris will be seen alongside NTR in the film. Bollywood Stars – Ajay Devgn and Alia Bhatt are likely to join the team in the next schedule. The film will hit the screens on July 30th, 2020.

Exclusive: Flop Heroine, but a group creating offers for her