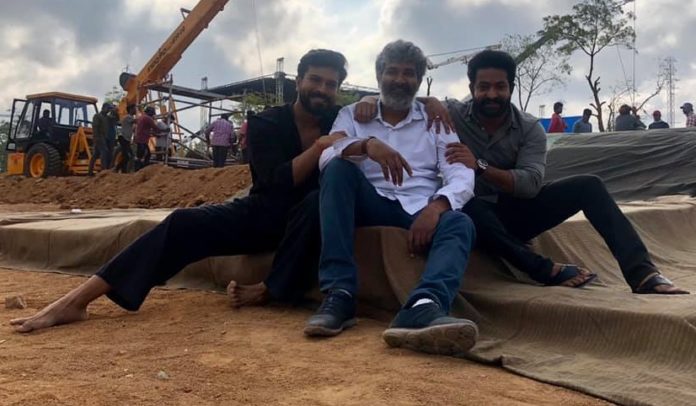 SS Rajamouli’s magnum opus ‘RRR’ is one of the most highly anticipated films from the south film industry. The fans and the film audience are very excited about the film, which will be hitting the big screen on January 8, 2021.

Currently, the shooting of RRR is progressing on jet speed and it is also heard that SS Rajamouli is in plans to redirect some scenes to meet his perfection policy.

A little birdie close to the team revealed that the makers are in plans to finish the shooting by June end and rest of the time will be used for post-production work that involves huge VFX.

On the other hand, it is heard that SS Rajamouli is planning to end the shooting of RRR with a promotional song. This song is likely to introduce the characters of the film NTR as Komaram Bheem and Ram Charan as Alluri Sita Ramaraju. Details about the song and its picturization are not yet revealed.

With this, Ram Charan and NTR fans are eagerly waiting to watch and listen to this song. Are you also excited for the same?