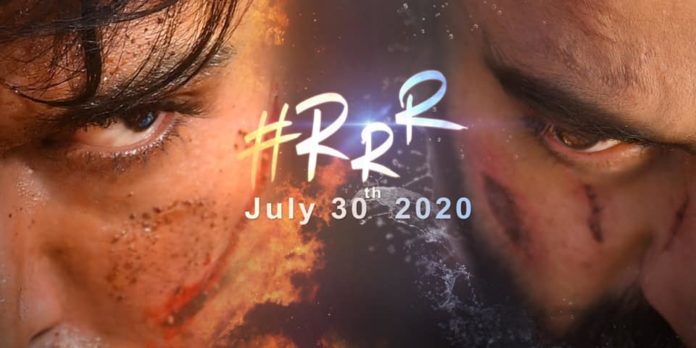 Ace director Rajamouli is directing the film RRR which has Ram Charan and NTR in the lead roles. While Ram Charan is playing the role of Alluri Seetharamaraju and Jr NTR is donning Komaram Bheem’s role. It is known that RRR is scheduled for the release on July 31st 2020.

But today popular trade analyst has tweeted that “Guess this one The big movie, being directed by the #Blockbuster director from South India, will have a new release date. According to sources, the biggie will now release in October 2020″. This tweet has been talk of the town since then. Looking at the tweet it is evident that he is talking about RRR.

Rumours are that this mega budget extravaganza will release on October 2nd 2020. RRR is releasing in 10 languages. A lot of VFX work gets involved too which takes more time for post production works. Shooting have been delayed for this project which Ram Charan and NTR injured on sets on after the other.

RRR is being made on a mammoth budget of 400 Crore rupees and DVV Danayya is producing this movie.