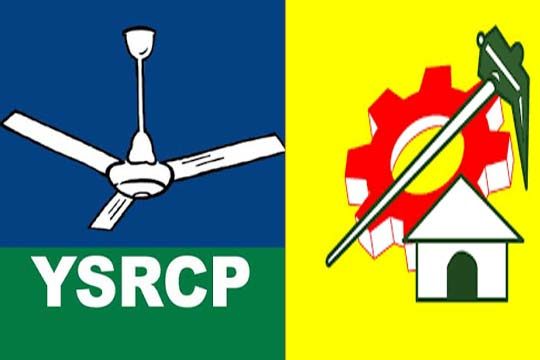 Finally, it is a huge sigh of relief for the Andhra Pradesh Chief minster, Jagan Mohan Reddy, as the Governor of Andhra Pradesh clears Decentralisation of Capital bill and the Capital Region Development Authority (CRDA) repeal bill. From December 2019, Jagan has been fighting for his dream which is to establish three capitals for Andhra Pradesh. Most recently, as a part of his tactical approach, he sent these two bills to the Governor where the opposition parties started to pressure the Governor to act against the proposed bills.

However, Governor gave a nod to these two bills to come into force even though the TDP argued that the capital decentralization bill is very much related to the center and needs the approval of the President of India because there are some issues in it that are related to the partition act made by the central government a few years back. Biswabhusahan Harichandan really gave a deaf ear to all the opposition by approving these two bills with ease.

To support the governor’s decisions, the Raj Bhavan may cite the already formed GN Rao Committee and the Boston Committees’ reports that came in favor of administrative decentralization. Now that the governor has passed these two bills, the AP will have three capitals as proposed by the government. Visakhapatnam will be the executive capital, Kurnool will be the legal capital and Amravati will be compromised as the legislative capital.

However, several cases related to these are already pending in the High Court. The court did not give any guidelines on these. The Amravati JAC leaders, who had recently filed a petition in the court seeking anticipatory orders on the issue, said the bills were likely to come into law and would be considered. So, the TDP will definitely challenge the governor’s decision by arguing that, previously the YSRCP government deliberately neglected the orders of the council chairman and intentionally passed the same bills in assembly twice which is unconstitutional.

So, it is obvious that the Telugu Desam Party will act as the YSRCP to nullify the effect of the orders given by the AP governor. All these days YSRCP trie hard to get those bills approved and now it is the turn of the TDP to find a way so that they can halt these two bills from coming into force. The high court, which has been known for giving sensational decisions that haven’t worked very well for Jagan’s party these days might consider TDP’s petition but the question is, what is it worth for when Governor of the state approves the two most controversial bills proposed by the AP government.

To be noted: Instead of approving the bills, the Center has asked the AP government to send them to the President as it is an issue related to the redistribution bill. However, the governor sought the opinion of legal experts and finally passed the two bills. No matter how much the Opposition tried to block him, eventually, the governor gave his decision in favor of the government. It seems that the Opposition is preparing for a judicial review on this at the earliest.

"These incidents (alleged temple attacks & media reports) have clearly indicated that mainstream media is falling into the trap of social media and inadvertently...
Read more

BJP state president Bandi Sanjay alleged that KCR was making recruitment announcements only due to the BJP protests. Bandi Sanjay made the sensational remarks on...
Read more