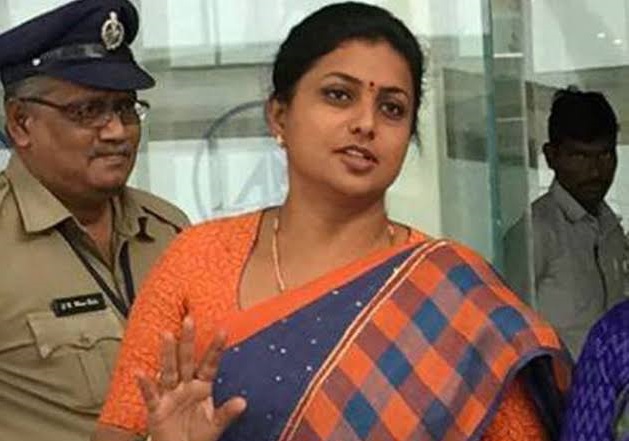 Earlier on Sunday evening, MLA Roja toured the Putur of Nagari constituency to lay the foundation for various development programs. Ms. Roja who was returning from the village after performing ‘bhumi puja’ for the village secretariat at KBR Puram was stopped by the party and attacked. They claimed that she was not bothered about the party cadres who had worked for her victory.

Later, she complained to the police against the cadre. A case has been registered against several YCP workers at Puttur police station to this extent. Roja in her complaint accused Suresh, Rishendra, Harish, Sampath, Ambu, Sarla and Rammurthy for attacking her during her visit for village secretariat Bhoomi Pooja in KBR Puram.

According to the reports, the Ammulu group persons, who are reportedly against Roja, have tried to break the mirror of her car in which she was traveling. It is alleged that Prathap, the person of the Ammulu group tried to attack at the car of Roja.

Regarding this issue, she wants to meet Jagan and explain how her own party people are targetting her. She blames big leaders from her own constituency for doing this. Here is the speculation that she might meet Jagan today or tomorrow. This is an existent situation for years for Roja in Nagari as she dramatically got the ticket from this constituency from the first time.