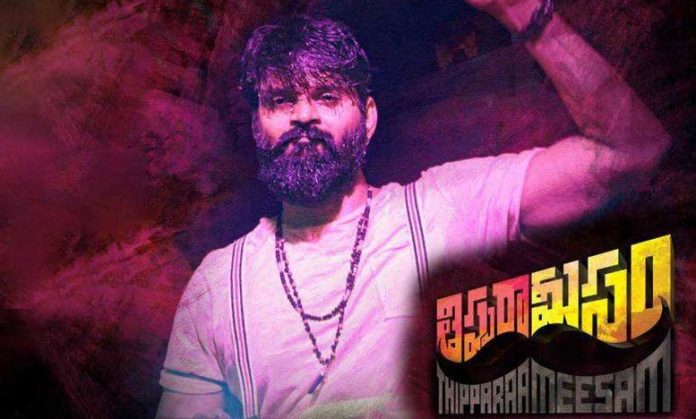 Mani Shankar (Sree Vishnu) is a drug addict. He develops enmity on his mother (Rohini), for trying to make him leave the drugs. He later joins in a pub as a DJ and also involves in cricket betting. In this process, he takes Rs. 40 lakhs debt from Kaali. What are the circumstances he faced in clearing it and did the differences with his mother got cleared at the end, is what shows the rest of the film.

Sree Vishnu has been showcased in a stylish and rugged look, which is impressive. His acting skills are also decent. Especially, in the emotional scenes with Rohini, he came up with an impressive performance.

Heroine Nikki Tamboli has nothing much to do in the film, as the love track is weakly narrated. She has been just used as a glamour doll but fails to make any impact.

Music director Suresh Bobbli takes the entire credit as he came up with some brilliant background scores. He elevated several weakly narrated scenes, with his terrific BGMs. Even the sound effects are fantastic. Cinematography by Sid deserves the next big appreciation. Drugs scenes, pub shots, underwater sequences and several such scenes in the film, show his mark.

Only dialogues that are released in the teasers and trailers are good, but rest others are weak. The lengthy run time is a major weak point of the film. Several scenes could have been chopped off at the editing level, to make the film appear better.

Director Krishna Vijay has written a story line, based on mother and son sentiment. The emotional scenes between hero and mother are good. But the rest of the scenes appear boring. Especially, the director tried to use non-linear screenplay at few places, which irritates big time.

Hero’s character is designed on the similar lines of Arjun Reddy. But the logic-less aggression of hero and enmity on mother appear silly to the audiences. That is where the audiences lose connection with the hero’s character, which thereby makes the film boring.

The entire first half passes the time, only in establishing the hero’s character. Even in the second half, the story picks up in a very low pace, which literally tests the patience of the audiences. Though the film is tagged as a mass film, neither love, nor entertainment, or any such commercial elements that could impress the mass audience are there in the film.

Except music, Thipparaa Meesam fails to make any notable impact in any other department. It is surprising to see Sree Vishnu who got a good reputation with his kind of choice of films, coming up with a weak film like Thipparaa Meesam. Though the film is aimed at C center audience, it has nothing much to impress them.

It is better for Sree Vishnu to stop falling back of mass entertainers and facing jolts every time. The latest film is a perfect example to say that the audiences are willing to see him in the class entertainers like “Needi, Naadi Oke Katha”, Mental Madilo etc. Thipparaa Meesam is not a film to be expected from a sensible actor like Sree Vishnu.

SS Thaman for the first time is working for Power Star Pawan Kalyan's film. It is known that he is the music director for...
Read more
Movie News

Natural Star Nani's second production venture Hit is one day away from release. The movie which is a crime action thriller has set good...
Read more