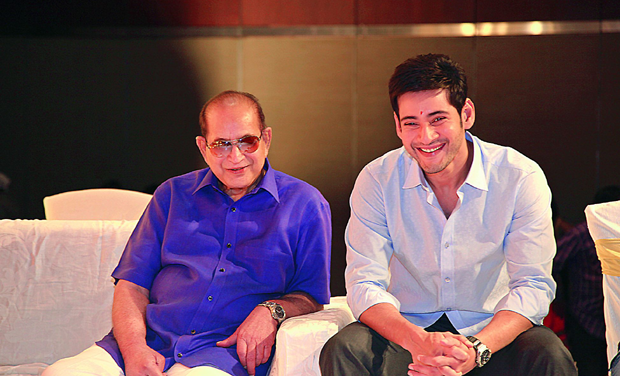 Super Star Mahesh Babu’s highly-anticipated film Sarileru Neekevvaru is all set to hit the screens all over the world tomorrow i.e. January 11th.

The makers have increased the hype among fans by assuring some interesting surprises in the film. During the pre-release event, director Anil Ravipudi revealed that Superstar Krishna will be seen in a special role and his entry is likely to surprise audiences.

Ever since the director revealed it, fans are looking forward to see Krishna’s role in this film. However, we got to know that Krishna did not act in this movie, but he will just be seen in it.

If the inside reports are to be believed, Krishna will be seen along with Mahesh Babu in the Mind Block song.

But, it’s going to be an animated version of Krishna. It is heard that the makers gathered some key dance bits from his movies, and they have reportedly created a graphical version of Krishna onscreen and Mahesh Babu will be seen matching his moves along with his father.

Yes, you heard it right! However, we need to wait until tomorrow to see if it is true or false!