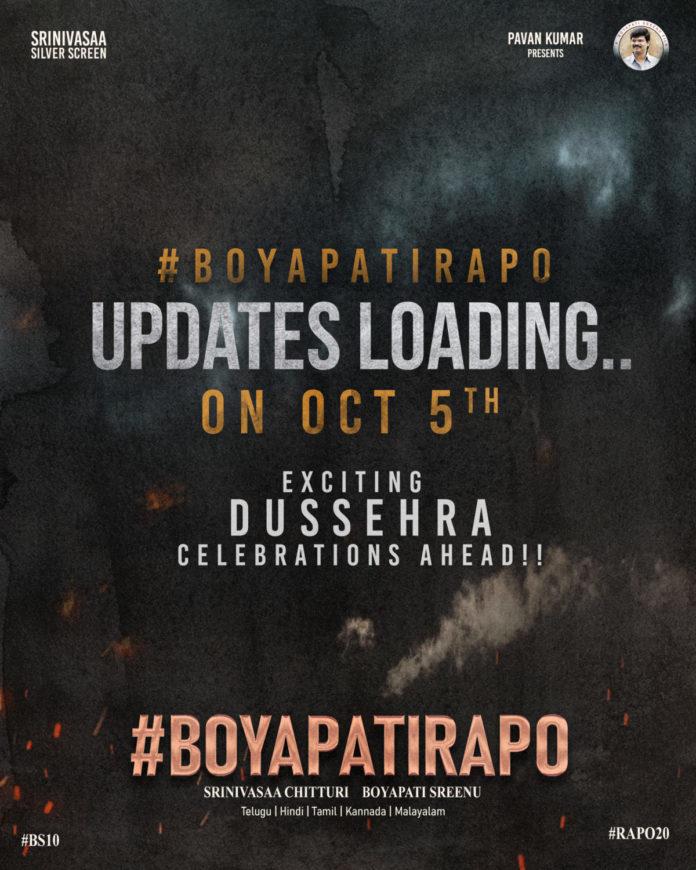 We all know that talented young actor Ram Pothineni has teamed up with director Boyapati Srinu for his upcoming film, which is tentatively titled #RAPO20. It is heard that the Simha director has penned a powerful mass entertainer for Ram, and this combination has caught the attention of the movie buffs.

The latest update is that the makers of #RAPO20 announced that they will be unveiling updates of the movie on October 5th, on the occasion of the Dasara festival.

Sharing the same, the makers wrote, “The wait is over! Let’s Start Dussehra Celebrations with the Massive Energetic Combo #BoyapatiRAPO. Updates Rolling on October 5th.”

As per reports, the movie will start rolling on 6th October. The makers are said to be announcing the details of the prominent cast and crew on October 5th.

This untitled film will be made on a lavish budget by producer Srinivasa Chitturi on the Srinivasaa Silver Screen banner, and Pavan Kumar presents the film. Thaman will provide the music.