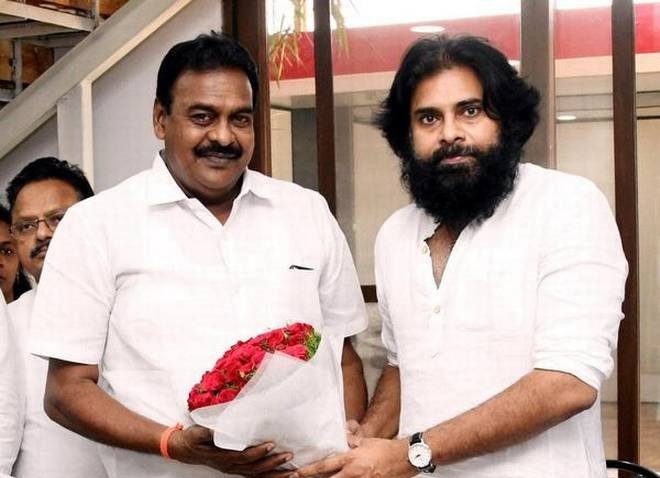 Any of you remember Rapaka’s words after being elected as the only MLA from the Janasena Party? Let us help you. “I want to be Janasena’s No.1 than YSRCP’s 152.” These are the words said by Rapaka Varaprasad who is acting as an unofficial MLA of YSCRP when he was asked about a possible defection. But, Rapaka hasn’t been able to keep his promise and his actions imply nothing but betrayal.

Right from the assembly sessions he heaped praises on Jagan Mohan Reddy and backed every scheme and policy his government took. Though the Janasena party, who are very much frustrated with his behaviour instructed him to oppose Jagan’s three capital proposal on behalf of the party, he didn’t even care about it.

Finally, Pawan Kalyan lost his patience and said in public that he has no idea whether their MLA is working for their party or for their rivals.

Now, Rapaka got to his senses after he was humiliated by Jagan big time. The other day Jagan was in Rajahmundry to launch Disha Police station and over excited Rapaka went there. While he intended to meet Jagan, police didn’t allow him and they haven’t treated him like a legislative member at any stretch.

Jagan also paid no attention to him and Janasainks think that he got what he deserved.

The whole Janasena was in front of the police station when Rapaka was booked for destroying-government-property accusation and for violence in public.

Pawan Kalyan himself stood in between Rapaka and jail. Now, the word is out that Rapaka finally realized his mistake and is planning to go Hyderabad to meet Janasena Chief.

He is likely to apologize Pawan for his unacceptable behaviour and let’s see how Pawan responds if it happens.