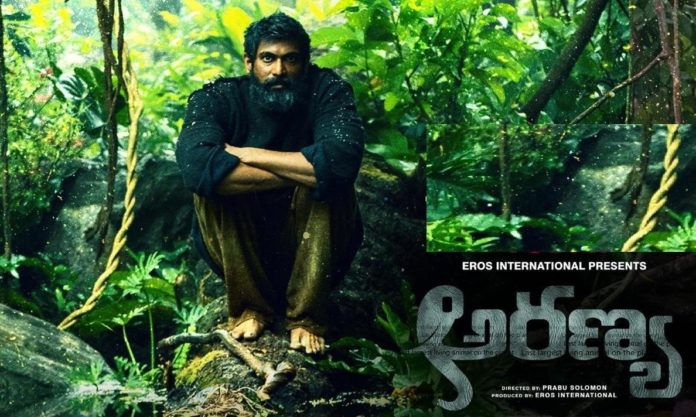 Rana Daggubati is back as lead after three long years. After Nene Raju Nene Mantri in Telugu, Rana has limited himself to character roles. He has done small roles to cameos in this time period including NTR Kathanayakudu and Mahanayakudu. His long delayed project Haathi Meri Saathi is up for release now. The film has been postponed for various reasons. Recently makers have made announcement that film will be released in three languages Hindi, Telugu and Tamil on April 2nd, 2020.

Teasers of Haathi Meri Saathi and Kaadan (Tamil) got released and they impressed big time. The film deals with the bonding between human and elephants. The film also deals with human’s selfishness and their greediness over nature. Speaking about the movie Rana said that the movie was shot over 200 days and he was present most of the days.

Haathi Meri Saathi is titled Aranya in Telugu and the film was shot in 7 thick forests over the world. Eros International has produced this big budget entertainer while Prabhu Solomon is the director. Vishnu Vishal is playing an important role in the movie while his role was replaced by Pulkit Samrat in Hindi. The film is said to be made inspired from a real life incident.