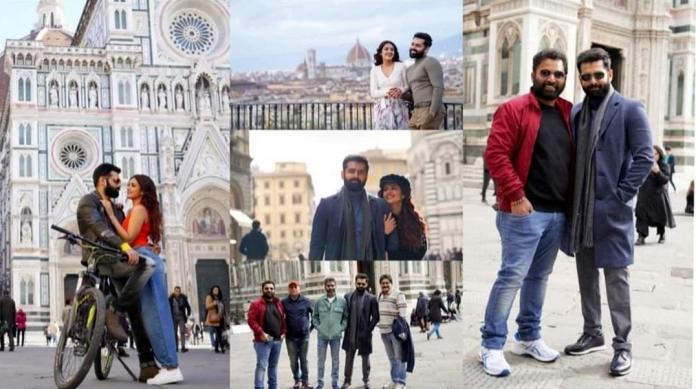 Energetic star Ram who has been lying low with recent flops scored a massive block buster last year with Ismart Shankar. This Puri Jagannath directorial has shown Ram in a never before mass avatar. After the super success of Ismart Shankar, it is known that Ram has started shooting for his next film Red in the direction of Kishore Tirumala. The film is an official remake of Tamil hit film Thadam which featured Arun Vijay in lead role.

Shooting of Red is going at a brisk pace and makers have already announced that movie will be released on April 9th 2020. According to the latest update movie unit has been looking for festivities atmosphere around the world to shoot a song for their movie and it is decided that song will be shot at the famous Carnival of Viareggio in Tuscan Town, Italy.

Red becomes the first ever Tollywood movie to be shot there. This colorful event is popular in entire Europe. It is said that this particular song will be shot between Ram and Malvika Sharma which will be choreographed by Shobi Master. Mani Sharma is the music composer for the movie.