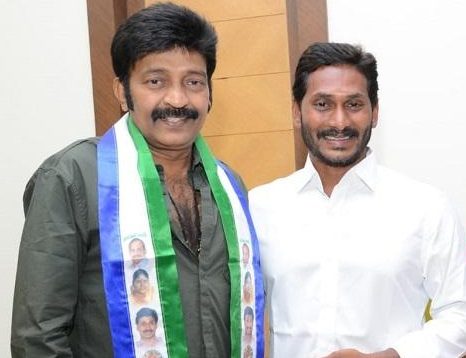 It is known that all the opposition parties are lashing out at Jagan for introducing English Medium in government schools. Especially, Janasena Chief Pawan Kalyan has been stressing upon the importance of Telugu, right from the beginning. Rajashekar who shares an arch rivalry with the mega family has now come up to jolt Pawan once again indirectly.

Responding to the issue through his official twitter account, Rajashekar tweeted, “Chief minister, Ys Jagan Garu’s decision to introduce english medium in goverment schools is absolutely right! In today’s world it is key to speak english to get jobs and communicate. There are so many people struggling in their higher studies and to get jobs because of their inability to speak the language. This will put an end to that. I completely support this. Along with this I strongly feel that our mother tongue Telugu should also be made a compulsary subject! Education must be equal to all, this is taking us one step closer!”

Meanwhile, Pawan fans and the activists of other parties are lashing out at Rajashekar questioning him about the reason behind his silence on sand issue, TSRTC strike etc.

Rajashekar is known for coming forward only during the elections and go absconding later. But for the first time, he has now come up, in a non-election time, thus proving that his love towards Jagan and his party is genuine.