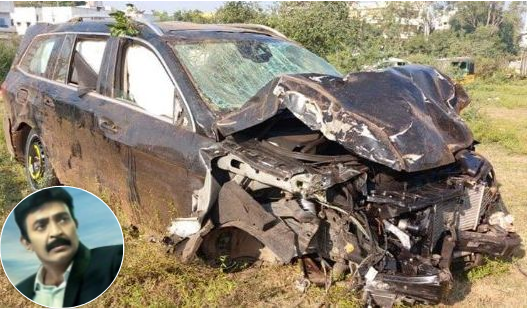 Tollywood actor Rajashekar met with an accident last night and fortunately, he escaped without any injuries. The incident took place on the outskirts of Hyderabad, when his car hit a median on the Outer Ring Road of Golconda.

Reportedly, Rajashekar was returning to his home from Vijayawada and right after the car hit the median, it flew in the air. Fortunately, the air bags have been opened immediately, which is what saved his life.

The actor did not sustain any major injuries and left to the home, in another car. He is currently taking rest at home. It seems like Rajashekar is all alone in the car, and so could not get any help from anyone during the accident.

This is not the first time for the actor to get saved in the accident. Earlier, he escaped from an accident that took place on PVNR Express way. In that case, Rajashekar hit the other vehicle. The issue was settled internally and made sure that no case has been filed against him.