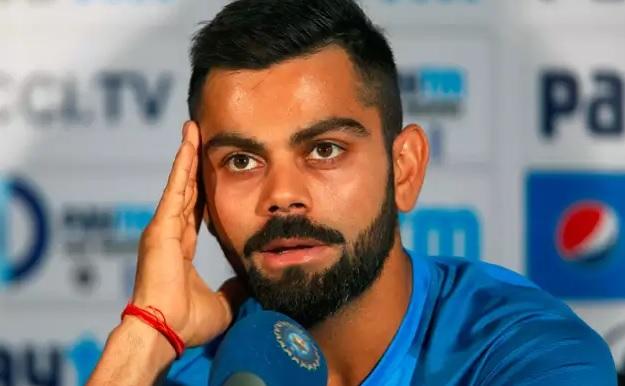 On the third day in the ongoing test match between Australia and India, team India players Jasprit Bumrah and Mohammed Siraj were subjected to racial abuse.

Team India senior players Ajinkya Rahane and Ravi Ashwin escalated the issue to the match officials and 6 members of the crowd were evicted with immediate effect.

Responding to the incident, team India captain Virat Kohli tweeted, “Racial abuse is absolutely unacceptable. Having gone through many incidents of really pathetic things said on the boundary Iines, this is the absolute peak of rowdy behaviour. It’s sad to see this happen on the field.”

“The incident needs to be looked at with absolute urgency and seriousness and strict action against the offenders should set things straight for once,” he added.

“Cricket Australia confirmed tonight a number of spectators were interviewed by police and ground officials and ejected from the stadium and that a joint inquiry would be mounted by CA and NSW Police to investigate the nature of allegations made by the India team “to the fullest extent”, read a statement from the Australian Cricket Board.

This isn’t the first time the Australian crowd is accused of provocative and offensive behaviour. They had abused many players standing at the boundary ropes in the past as well. Cricket fraternity is calling for stern action against the culprits in order to prohibit racial abuse for once and for all.

Coming to the match scenario, team India needs 309 runs for victory on the final day and on the other hand, Australia need to pick up 8 wickets if they are to win the match. Rahane and Pujara will be at the crease to open day 5. Whichever team wins will take a 2-1 lead in the series.

While the test series between India and England is underway, England on Thursday named a 16-member strong squad for the upcoming five-match T20 international...
Read more
Sports

England defeated India in the first test at MA Chidambaram Stadium, Chennai to take a 1-0 lead in the four-match test series. The visitors combined...
Read more

A false affidavit, which he had filed in Jodhpur session court in 2003, has haunted Salman Khan like a shadow all these years. The...
Read more
Movie Reviews

Manchu Vishnu's much-anticipated film 'Mosagallu' has been making the right noise ever since it was announced. With the recent release of the movie teaser,...
Read more

It is known that TDP MLA Ganta Srinivasa Rao had submitted his resignation on February 6 (Saturday) opposing the privatization of Vizag Steel Plant. However,...
Read more
Political News

CPI national secretary Narayana has directed TDP and YSRCP leaders to bring Chandrababu Naidu and Jagan on the same platform in the movement to...
Read more
Political News

Kodali Nani is one minister is most famously known for making derogatory and downright offensive remarks against his opponents, and every opposing member of...
Read more
Political News

Chandrababu has written letters to the President and the Union Home Minister!

TDP chief Chandrababu flagged off that YCP leaders were committing irregularities and atrocities in the panchayat elections. He has written letters to the President,...
Read more
Political News

The state government has agreed to hold district and Mandal council elections as well as municipal elections in the state. It gave written consent...
Read more

It is known that TDP MLA Ganta Srinivasa Rao had submitted his resignation on February 6 (Saturday) opposing the privatization of Vizag Steel Plant. However,...
Read more
Movie News

CPI national secretary Narayana has directed TDP and YSRCP leaders to bring Chandrababu Naidu and Jagan on the same platform in the movement to...
Read more
Uncategorized