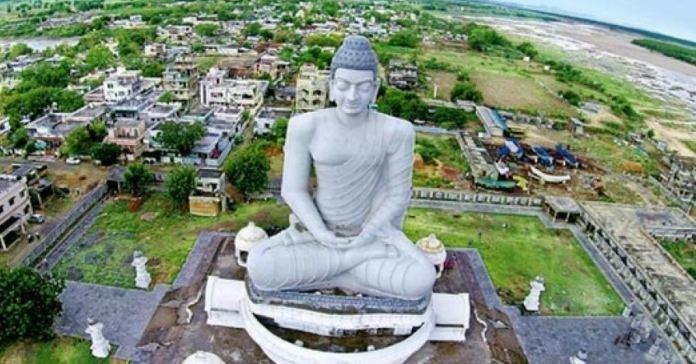 Former Advocate General Dammalapati Srinivas was alleged for the misappropriation Amaravati lands scam and there were a number of cases filed on him by ACB and now the AP High court gave a big jolt to the Jagan’s government regarding this issue. The High Court has issued a stay on the ACB cases filed against former Advocate General Dammalapati Srinivas on alleged misappropriation of capital lands.

The core point of the case is not the allegations but the tarnished image of an Advocate General just because of the over-enthusiastic nature of the ruling party. in that order, the AP High Court clearly Issued orders to suspend further action. They also clarified that no information on this issue can be leaked to the media. Dammalapati Srinivas has filed a house motion petition alleging ACB cases against him in connection with the Amravati land scam.

The House Motion Petition filed to this effect was debated in the High Court. Mukul Rohatgi and Shantivan argued on behalf of Dammalapati. Counsel for the petitioner explained to the High Court that the charges were filed with the intent to implicate Dammalapati.

Dammalapati Srinivas suspects that he was also conspired to spread misinformation in the media by filing false allegations without any evidence. Therefore he asked that there should be no media trial in this case. Lawyers for Dammalapati Srinivas also brought the same matter to the notice of the High Court. That is why the High Court has ordered the ACB and the corresponding officials in this case not to appear in front of the media.

This publicity thing is not all a new thing in Jagan Mohan Reddy’s government. The AP CM has this love for the ACB and this top most ‘Blue’ media channel will telecast any news repeatedly just over the allegations as if the culprit was sentenced and punished already. This was highly condemned by the court and warned the officials not to indulge in such activities until further notice.

The husband-wife duo Konda Murali and Konda Surekha came into limelight during YS Raja Sekhar Reddy’s rule and the former CM of the united...
Read more

The Covid-19 pandemic and the consequent lockdown have greatly affected theatrical business. There is no update so as to when movie theaters will be...
Read more
Movie News

The YSRCP is slowly absorbing all of TDP's members, slowly diminishing the power and capacity of the opposition. The most recent entry into YSRCP...
Read more
Movie News

BB Leaks: This lady contestant to be evicted from Bigg Boss house this week

Exclusive Interview: I want to work with all Star Heroes – Chandini Chowdary

Gorgeous actress Chandini Chowdary, most known for works in Manu and Samanthakamani, is creating all the buzz right now, with her upcoming release Colour...
Read more
Movie News

Boyapati Sreenu is putting in his best efforts to make sure that his ongoing project with Nandamuri Balakrishna succeeds at the box office. The ace...
Read more

PM Narendra Modi and Jagan are not faring any good ties between each other these days. Though Jagan extended his support to Modi in...
Read more
Political News

YSRCP’s welfare schemes a curse to the common man?

Andhra Pradesh Chief Minister Jagan Mohan Reddy announced a slew of welfare schemes during his election campaign. Whether he was successful or not, in...
Read more

The Covid-19 pandemic and the consequent lockdown have greatly affected theatrical business. There is no update so as to when movie theaters will be...
Read more
Movie News

The YSRCP is slowly absorbing all of TDP's members, slowly diminishing the power and capacity of the opposition. The most recent entry into YSRCP...
Read more
Photo Gallery