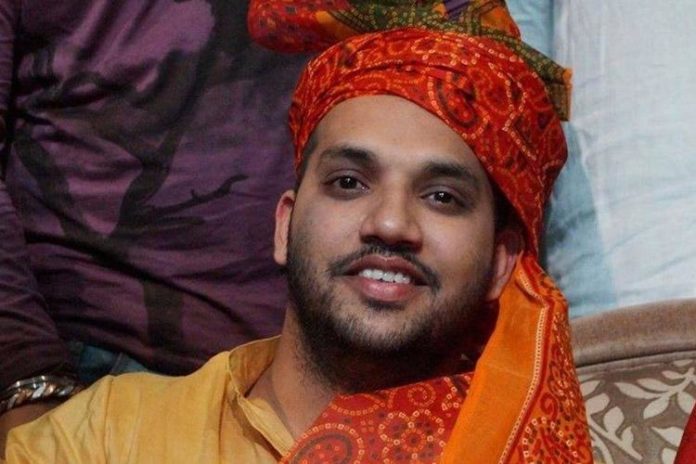 Ashish Goud, the son of a former MLA Nandeshwar Goud has been booked by Madhapur Police for allegedly harassing a woman. He is acting as the youth leader of Bharatiya Janata Yuva Morcha (BJYM).

The 27-year-old woman complained that when she was standing in a corner along with her friends, Ashish and his friends misbehaved with them by holding hands and teasing in a vulgar language. She added that they also threw wine bottles on the floor and tried to hit them.

The police registered the complaint under IPC sections 354 and 509. The concerned official said that the accused is absconding and assured to nab him soon.

Ashish Goud on the other side has responded to the allegations saying that they are completely false. He challenged the complainants to come up with proper proof before making such allegations.

Surprisingly, Ashish Goud is the one who took part in the protest demanding to hang those involved in the rape and murder of the veterinary doctor Priyanka Reddy. His Facebook page also has a post regarding the same.

Superstar Mahesh Babu is on a success spree. He is going great guns in his career with back-to-back consecutive films in the form of...
Read more
Movie News

Young Rebel Star Prabhas’s last outing Saaho turned out to be the biggest dud at the box office. There were many reasons behind Saaho's...
Read more
Movie News

Most people want to see film on digital platform. It was always risky but it has become more risky now for both producers, distributors...
Read more
Movie News

Usually, it is the mother who spoils the career of the heroines and very rarely we get to see fathers hovering over their girls...
Read more
Movie News

Covid-19 is showing its effect on every part of the country and all the state Governments are on huge economical crisis due to this...
Read more