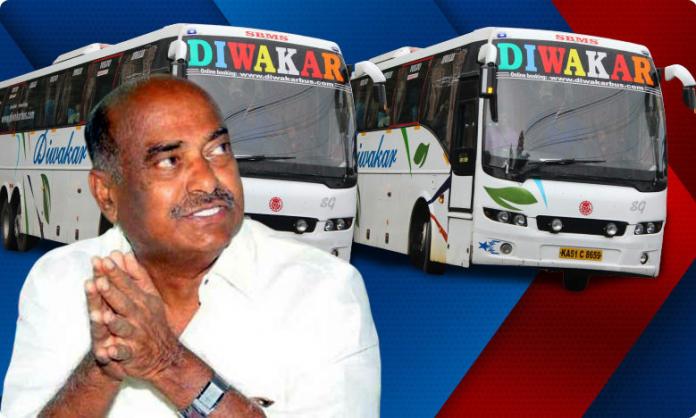 We all know Anantapur TDP leader JC Diwakar Reddy not only for his great political history in Tadipatri but also for his foul mouth. He has been accused in many cases and his business ventures are included in many charge sheets very often.

JC runs a private travel-bus company and in 2012, many of his buses were seized as there were proofs that high-level prostitution has been taken place in those buses.

Though they are his private domiciles, all of them are used by the public and it is a serious offense to run a prostitution network in those buses.

In TDP’s period, none of his false activities were exposed but now the accusation of running a prostitution network through his private buses has been made and reportedly the police are interrogating this issue. Sooner or later, JC will be in huge trouble.