Pooja Hegde as stand up comic, first time in Tollywood 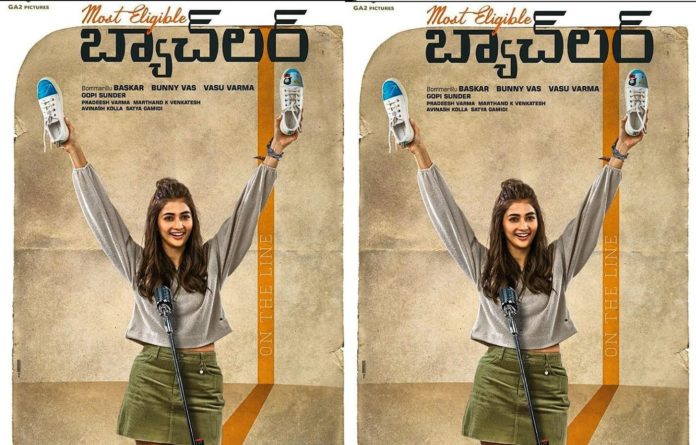 Sultry siren Pooja Hegde is now the most sought after actress in Tollywood and Bollywood alike. The actress has been getting exciting offers. She is so busy with her commitments.

Pooja Hegde is currently playing female lead in Prabhas’s Radhe Shyam, Akhil’s Most Eligible Bachelor and in Bollywood she has Salman Khan’s upcoming film apart from a couple of flicks which are in consideration.

Coming to Akhil’s Most Eligible Bachelor, Pooja Hegde’s look from the movie has been released and she is playing the role of Vibha.

As per reports it is known that Pooja Hegde is playing stand up comic in the movie which is first time in Tollywood. It is such an unconventional role for a heroine to play and it is said that her role has been conceived well.

Most Eligible Bachelor has been directed by Bommarillu Bhaskar who has been off colors recently with flops. It is a must win situation for both the director and Akhil.

Gopi Sundar is composing music for the movie. Geetha Arts 2 is the production house. Most Eligible Bachelor is up for release in April.