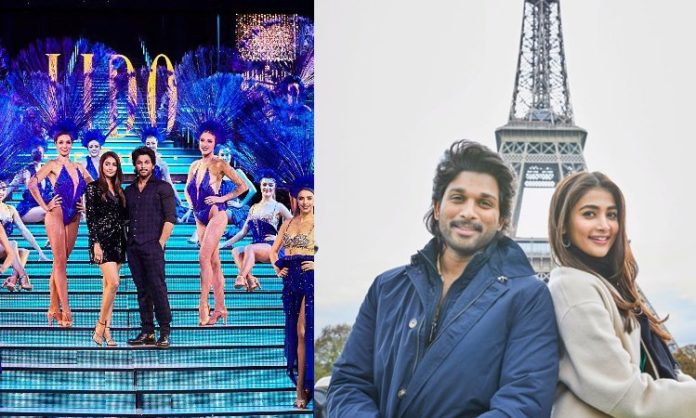 Elegant actress Pooja Hegde is less than ten films old in the industry, but she proved her mettle and became one of the most sought-after actresses within no time.

She will be next seen in Stylish Star Allu Arjun’s most-awaited film Ala Vaikuntapuramlo, which is slated to hit the screens on January 12th. It marks their second collaboration and Pooja and Bunny earlier were seen together in Duvvada Jagannadham.

A picture of Bunny and Pooja in front of Eiffel Tower broke the internet this weekend. The duo is currently in Paris to shoot the famous Samajavaragamana in the exotic locales.

In a recent media interaction, Pooja revealed that she will be seen as a strict taskmaster and boss to Allu Arjun in the film. Her character will be strict and soft which is blended with a lot of spunk.

Pooja further revealed that Ala Vaikuntapurma Lo is a family entertainer, which is a perfect blend of action, romance, comedy, and music. And the film will have a Trivikram stamp and the audience will enjoy a lot with a lot of entertainment.

Well, it seems Trivikram and Allu Arjun are leaving no stone unturned to make the film a blockbuster hit. Meanwhile, the film’s shooting is nearing completion.