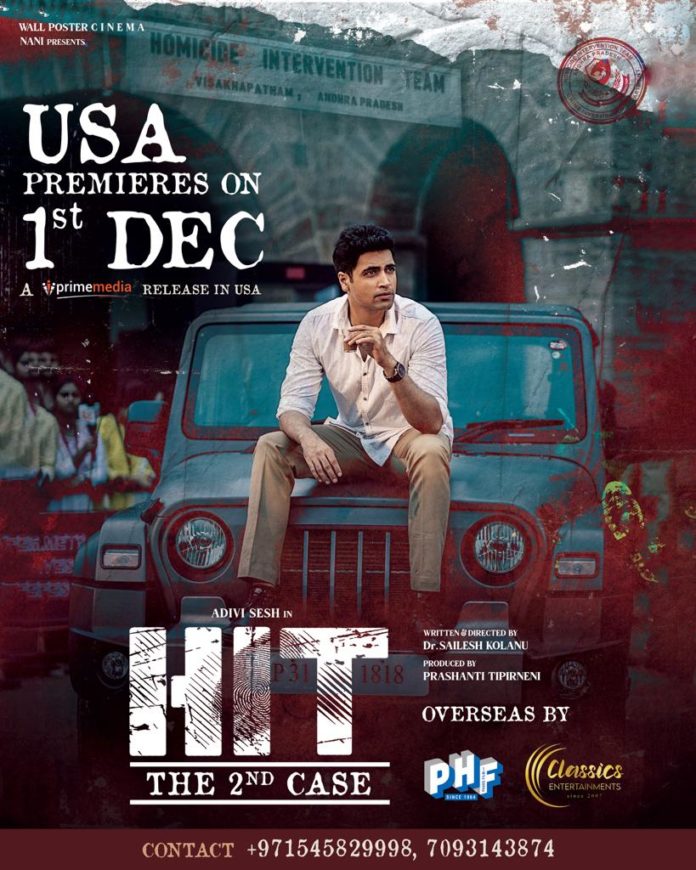 The recently released trailer of Adivi Sesh’s highly anticipated film ‘HIT: the audience well received The Second Case’ and it hyped the buzz around the movie. We know Sailesh Kolanu’s directorial is gearing up for a grand release on December 2nd in theatres. The intriguing crime thriller film will have its premieres in the USA on 1st December, a day ahead of the release in India.

Meanwhile, the second instalment in the HIT-Verse is a hot cake for the audience and the trade because of the success of the first part.