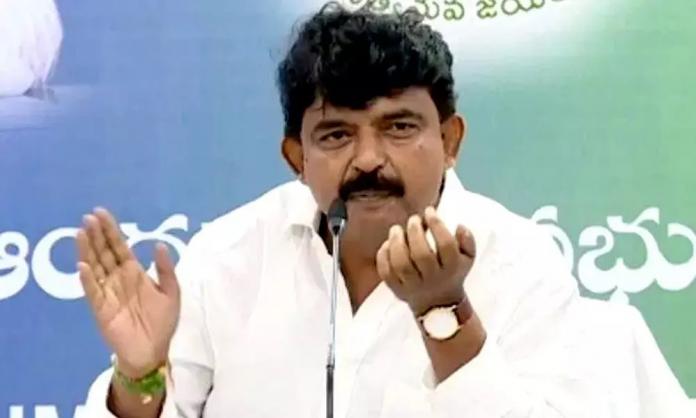 Both Nanis in YSRCP turned out as a headache to YS Jagan. While Kodali Nani often uses abusive words in assembly and in public, here comes Perni Nani with his senseless comments on the corruption supporting the government employees.

Perni Nani addressed the third anniversary of Andhra Pradesh JAC, Amaravati in Vijayawada. He said an essay about the values and honesty that every people should follow and claimed that their government won’t cooperate in any corrupt activities.

He even said that Jagan Mohan Reddy won’t tolerate any kind of illegal activities and bribes and even clarified that the consequences will be very severe for the offenders.

Later, after speaking all these good words, Nani surprisingly said. “If somebody offers you gifts, then accept it happily and pocket it. There’s no wrong in accepting gifts.” Everyone in the meeting was stunned by Nani’s comments. As several employees are concerned with the frequent raids of the ACB, Nani said that if somebody voluntarily offers you gifts, then accept them, while advising employees not to insist or demand favours at a point of a gun.

While Jagan Mohan Reddy is trying his best to pose a clean image on his government, leaders like Nani continue to give him major jolts. By the way, what do Nani’s comments actually mean? Is a gift packed bribe is legal as it comes under an offering? Jagan might have know the real meaning of his words.