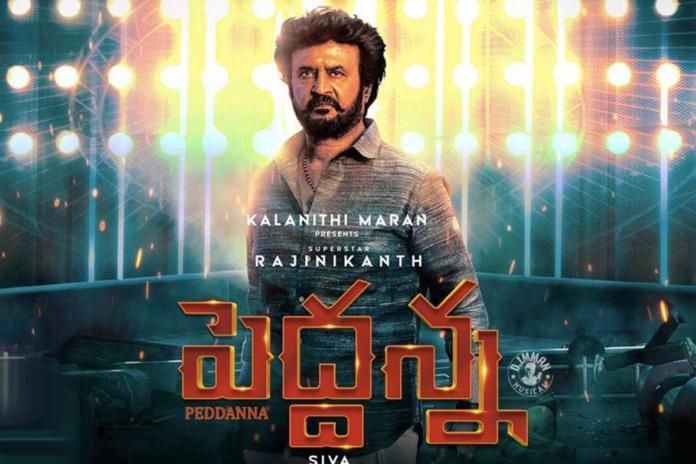 Superstar Rajinikanth’s much-awaited family drama, Annaatthe had a simultaneous release in Telugu as Peddhanna. Being directed by Siva, the film has hit the screens today. Let’s see how it goes.

Set in a rural backdrop, Veeranna(Rajinikanth) a village president loves his sister Kanakamahalakshmi(Keerthy Suresh) to the core. As Mahalakshmi completes her studies, Veeranna decides to marry her and fixes a match with a landlord’s(Prakash Raj) brother. But on the wedding day, Mahalakshmi elope from house with her college mate to Kolkata. After six months, Veeran comes to know that his sister is facing hurdles in Kolkata but will start sorting out all her issues by following her as a shadow. What kind of problems will Mahalakshmi face in her married life? How will Veeranna solve all her problems? That forms the crucial crux of the film.

Thalaivar Rajinikanth impresses with his energetic screen presence throughout the film. Be it in village-centric family scenes or while doing high-voltage action sequences, the Superstar did his part superbly.

Keerthy Suresh shines in the role of a young married women as her acting during key emotional scenes in the second half register well. The brother-sister thread between Rajini and Keerthy has been in a decent manner.

Nayanthara is gorgeous on the screen but her role is limited to only for a couple of episodes. Abhimanyu Singh and Jagapathi Babu are good in their given baddie roles.

Kushboo, Meena and Prakash Raj are not utilized in a proper manner. Comedian Soori is decent in his role as hero’s assistant.

Director Siva who impressed everyone with his last outing Vishwasam has got a golden opportunity to direct Rajinikanth but the director has come up with some age-old storyline. Adding to it, his taking remains us of 80s and 90s family entertainers.

Though Siva’s thought of making a film based on the well appreciated brother-sister bonding in South cinemas is not a bad idea, he would have worked on writing a better version of screenplay to impress the audience.

While Telugu version dialogues are okay, the dubbing work miserably failed as none of the actors lip-synch matches with the dialogues.

Music by D Imman is too laud. While songs resembles typical Tamil sounding, the background also has a similar kind of texture.

The cinematography work by Vetri is adequate. Editing by Ruben is alright. While the graphic work in action sequences is done poorly, production values for this high-budget film are rich.

In an overview, Peddhanna is a typical family entertainer that has a few fan moments in the second half. While the brother-sister thread between Rajinikanth and Keerthy Suresh is executed in a decent manner, lack of freshness in the script and outdated taking makes the film a disappointing watch.