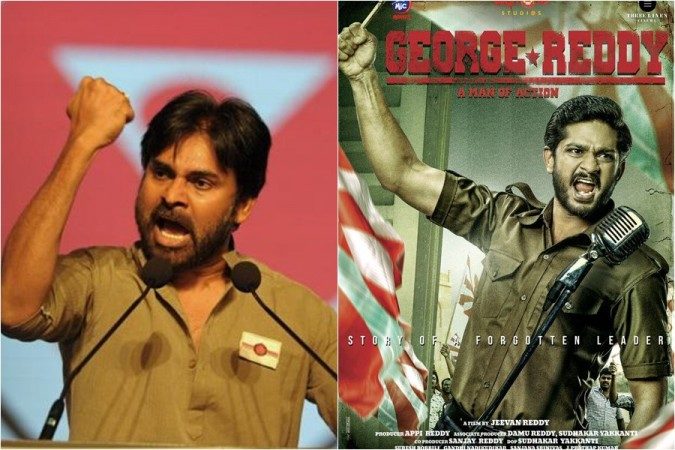 Powerstar Pawan Kalyan is one of the persons in Tollywood, who rarely attends audio functions or success meets of any movie.

He will attend other heroes’ functions hardly and he will not attend any actor’s events, who is unfamiliar to him. But, this time, Pawan Kalyan is breaking that stereotype and he is all set to extend his support to ‘George Reddy’.

In the recent times, George Reddy has created a sensation all over the internet with its teasers, trailers, and posters.

The latest news is that Janasenani, Powerstar Pawan Kalyan will be gracing the pre-release event of ‘George Reddy’ as a Chief Guest on November 17th in Hyderabad. The venue details of the event will be out shortly.

Most of the analysts say that Pawan Kalyan has few qualities of George Reddy as he is also fighting for the welfare of the people like George Reddy.

Therefore, Pawan Kalyan has also accepted to attend George’s Reddy pre-release event, who has worked for the welfare of the poor and fought against discrimination, minority oppression and human rights at various stages in the campus of Osmania University during the 1970s.

‘Dhalam’ movie fame Jeevan Reddy has directed this movie and it is slated for the release on November 22 worldwide.