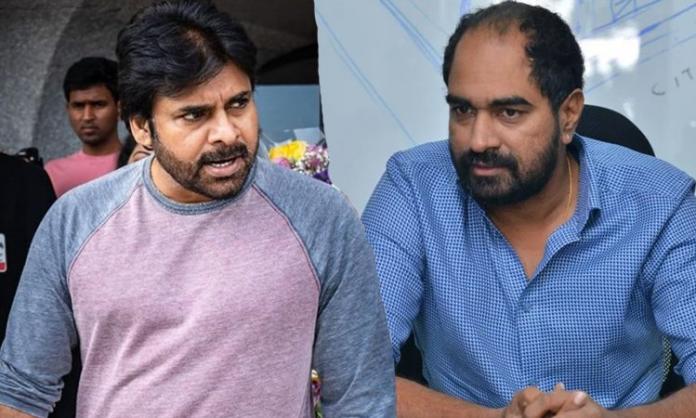 Power Star Pawan Kalyan is a man of words. Before quitting films, he has advances from few producers and AM Ratnam is one of them. Apparently, Ratnam has given 5 Crs as advance to Pawan Kalyan before the latter joined politics. Also he has advances from few other film makers as well. To honor all of them Pawan has now given re entry to films. Apart from Pink remake, Pawan Kalyan has also started shooting for Krish in the production of AM Ratnam. Touted to be a folklore drama, the film requires huge budget to be canned.

It is said that movie will be made with 100 Cr budget excluding the remuneration of Pawan Kalyan. Sources revealed that AM Ratnam has requested Power Star to share profits instead of taking hefty remuneration. It is well known that this is the strategy now top heroes are following now a days to not burden the producers.

Pawan Kalyan happily agreed to the deal. Close sources to AM Ratnam revealed that Pawan has asked for 50 percent of share in profits or a prime area rights as remuneration, whichever is higher. They believe that Pawan will take huge sum as remuneration. He might be taking around 50-100 Crores. More clarity regarding this will be out towards the release of the flick.