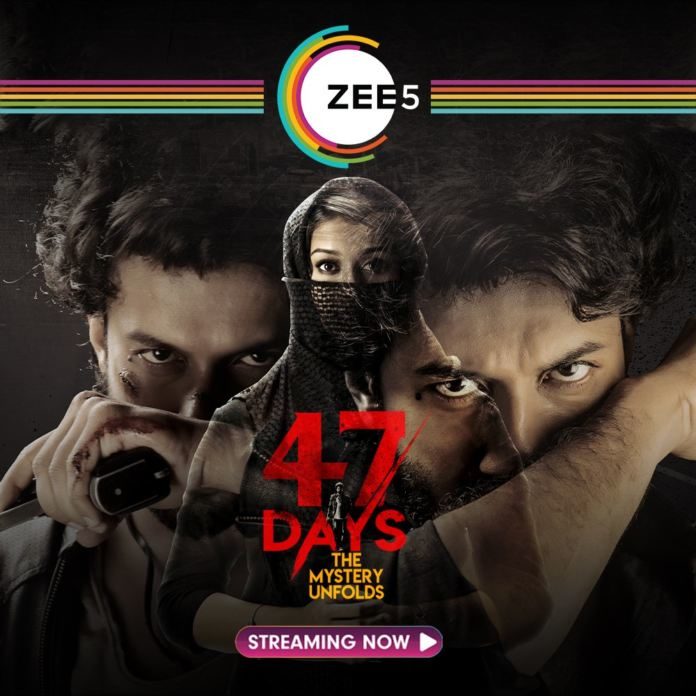 Starring Satyadev and Pooja Zaveri in the lead roles, 47 days had been facing numerous hurdles ahead of its OTT release. The film was wrapped up last year but found it hard to hit the big screens for various reasons. Thanks to the evolution of OTT platforms, the film got a direct digital release. Here is our review of 47 days which was directed by Pradeep Maddali, one of Puri Jagannadh’s protege.

Suspended ACP, Satya(Satyadev) anticipates a mysterious connection between the deaths of Srinivas, the MD of a pharmaceutical company and his wife, Paddu(Roshini Prakash). Baffled by these incidents, Satya starts investigating the case after it was closed by the Circle Inspector, Ravi (Ravi Varma). How does Satya, an ACP who was suspended solve this case? The answer to this question forms the remaining story.

How about on-screen stars performance?

Young and exciting talent, Satyadev impresses in the role of a police officer. He emotes well and delivers a mature performance. That said, the character does not challenge him much as an actor. The lady leads, Pooja Zaveri, and Roshini Prakash are okayish. Srikanth Iyengar’s performance in the climax is commendable. The rest of the star cast deliver what is expected of them.

There are two people who deserve a shoutout for their work in the film. The first is the music director, Raghu Kunche. He gave mediocre songs but compensated it with his excellent background score. For most parts, there isn’t much happening in the film, bht Raghu keeps the audience intrigued with his background score. Next is the cinematographer, GK. His visuals are appealing and elevate the narrative.

Editing could have been better as the film feels like a borefest despite its short run-time (104 minutes). It needs to be said that the debut director, Pradeep Maddali picked a story that has nothing new to offer. It has a repetitive plotline that neither excites the viewer nor has any novelty. There are no thrilling elements whatsoever. The screenplay is snail-paced and there is very little action, if not any going on from the start to end. Production values are decent.

47 days was promoted as a mystery thriller but there are absolutely zero thrilling elements in the film. The film fails to keep the audience engaged even for its relatively short run-time. No aspect of the film evokes interest.

Spend your free time watching some other worthy thriller and give 47 days a skip.