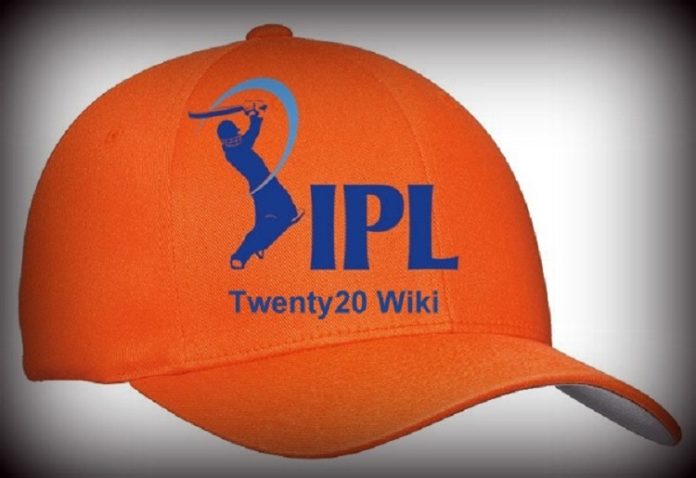 The player who scores the highest runs in the Indian Premier League (IPL) will be awarded Orange Cap annually. Since 2008, IPL has been in Cricket and in all the past 11 years, 11 players have been awarded the Orange Cap till now.

Shaun Marsh is the first one to receive Orange cap in IPL 2008, after scoring 616 runs in 11 matches. He had a batting average of 51.44, with one century and five 50s. The team stood in third position, with his part of the contribution, in that session.

With 572 runs in 12 Innings and average of 52 with 5 half-centuries, Matthew Hayden has been awarded Orange cap in IPL 2009. But RCB beat CSK by 6 wickets and thus stopped it from entering the final.

It’s our Sachin Tendulkar, who received Orange Cap in IPL 2010. He achieved it by making 618 runs in 15 matches with 5 half-centuries at an impressive strike rate of 132.61. Though CSK defeated MI in IPL 2010 final, Tendulkar was identified as the Player of the Series.

In IPL 2012, Gayle made 733 runs in 15 matches with a strike rate of 160.74. He smashed one century and seven half-centuries, including 46 fours and 59 fours. RCB had to adjust in the 5th position, and thus lost the eligibility to enter the playoffs then.

With 733 runs in 17 matches with 6 half-centuries, Michael Hussey won the Orange Cap in IPL 2013. But Mumbai Indians defeated CSK in the final.

After Sachin Tendulkar, it is Robin Uthappa who bagged the Orange Cap in IPL 2014, from Indian cricket team. The KKR player made 660 runs in 16 matches with five half-centuries, 74 fours and 18 sixes. His contribution made the team win for the second time.

Australian Cricketer David Warner won Orange Cap in IPL 2015. He had a strike rate of 156.54, with a total of 562 runs. He could make seven half-centuries, which included 65 hours and 21 sixes. But SRH had to still lose the match and adjust in the 6th place.

Then comes Kohli in IPL 2016 to win the Orange Cap. The RCB captain could achieve it, with 973 runs in 16 matches. With a strike rate of 151.42, the Indian Cricketer smashed four centuries and seven half-centuries, which included 88 hours and 31 sixes. Though RCB marked its presence due to Kohli’s magical performance, it still had to lose to SRH by 8 runs.

With 641 runs in 14 matches, David Warner has won Orange Cap in IPL 2017. In the history of IPL, Warner’s 126 runs is the highest one by a captain. His contribution helped SRH to qualify for playoffs. But KKR knocked out SRH in Eliminator, and thus by the end of the tournament, it stood in the 4th place.

Finally, Kane Williams has received Orange Cap last year after scoring 735 runs in 17 matches.His strike rate was 142.44, with an average of 52.50. He smashed eight 50s. SRH had defeated KKR in Qualifier 2 and thus entered the Final. But it lost to CSK by 8 wickets and thus ended as runners-up.

It should be seen, who is going to grab the cap this year, after so many star cricketers bagged it with such magical figures.

Sun Risers Hyderabad is one of the favorite teams for many cricket lovers in Dream 11 Indian Premier League. But, the team is not...
Read more
Sports

What a tournament this season of IPL is turning out to be. Its been just a week since the tournament has started and we...
Read more
Sports

After a controversial elimination of Devi in the last episode of Big Boss Telugu 4, a mixed bag of feelings of chirpy atmosphere and...
Read more
Movie News

Sarkaru Vaari Paata: Mahesh to shoot in USA till end of 2020

The first schedule of Mahesh Babu's Sarkaru Vaari Paata is being planned in the USA and the makers have already started scouting for locations. As...
Read more
Movie News

Inside Story: Naidu digging his own graveyard?

Pusapati family is the royal dynasty in Vizianagaram and centuries back they had been ruling this region peacefully and had the hallmark as the...
Read more
Political News

Jagan to implement a freebie not in manifesto..! Boon or bane?

AP CM Jagan Mohan Reddy, after his unanimous victory in the 2019 elections has become very popular for his welfare schemes which the opposition...
Read more
Political News

AP former Chief Minister and the TDP supremo Chandra Babu Naidu is making one mistake after the other. Most importantly he is messing up...
Read more
Political News

The national committee of the Bharatiya Janatha party gave us a clear idea of their stand, what they have been on to and it...
Read more
Political News

After a controversial elimination of Devi in the last episode of Big Boss Telugu 4, a mixed bag of feelings of chirpy atmosphere and...
Read more
Political News

Inside Story: Naidu digging his own graveyard?

Pusapati family is the royal dynasty in Vizianagaram and centuries back they had been ruling this region peacefully and had the hallmark as the...
Read more
Photo Gallery

Sun Risers Hyderabad is one of the favorite teams for many cricket lovers in Dream 11 Indian Premier League. But, the team is not...
Read more