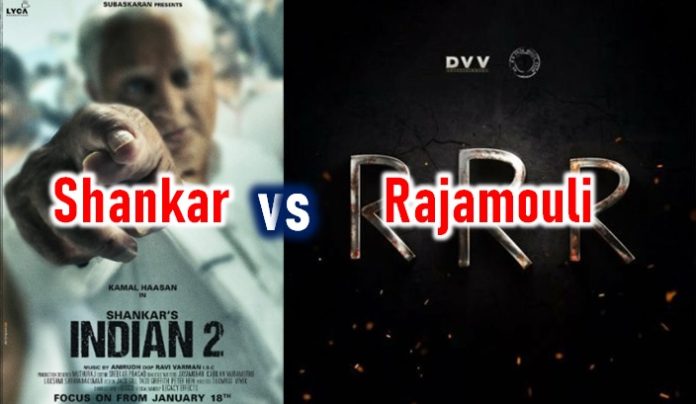 SS Rajamouli is one of the successful directors in the industry as he is known for back-to-back hits. He received international acclaim with the Baahubali franchise and now everyone is waiting for his next film, tentatively titled ‘RRR’. Moreover, SS Rajamouli fans and movie buffs are looking forward to what is in the store in Rajamouli’s kitty and they are eagerly waiting to watch this masterpiece on the silver screen.

But, here comes another clash of the titan. SS Rajamouli’s ‘RRR’ is going to get competition from another pan-Indian film i.e. from Shankar’s ‘Indian 2’ as it is scheduled to hit the screens on January 14th, 2021.

Both the giant projects are clashing at the box office in a gap of six days and the major problem is both the movies are made on high budget and pan-India films. It remains to be seen whether the two movies follow the same release dates or come to a mutual understanding without disturbing harmony.