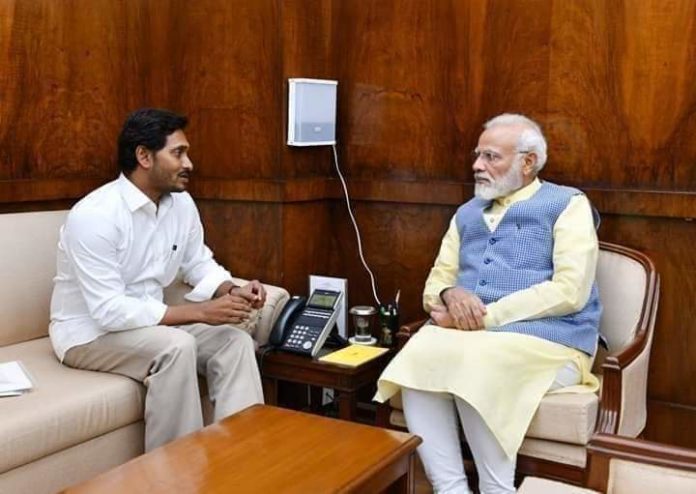 It has been about three months since Andhra Pradesh Chief Minister Jagan Mohan Reddy met the leaders at the center. He tried for the appointment of both Modi and Shah but returned with empty hands. Then everyone thought that BJP doesn’t care about the AP CM even though he is showing some soft corner towards them.

Now, surprisingly Jagan received a call from the Modi just a day after the Delhi poll results. Jagan wanted to make the most of the invitation and is going to make to deal with Modi, according to reports. Modi’s government is in a critical stage after their set back in both Chattisgarh and Delhi. On the other side, the three capital pressure is mounting on Jagan.

Jagan is in a desperate situation and he needs the abolition of the council at any cost. So, it is being said that he assured Modi that whatever happens in the future, the YSRCP supports BJP in parliament and will be on their side at need.

The TDP leaders are confident that the parliament won’t approve the council abolition. But if Modi gives a green signal with Jagan’s discussion, then the TDP leaders like Nara Lokesh won’t receive a single penny from government and become politically unemployed.

Jagan also explained the three capital situation and need in AP. He brought up issues like Tax exemptions on Industries, Special status, speeding of Polavaram project and funds required for that and it seems like Modi has no choice but to accept this win-win deal.