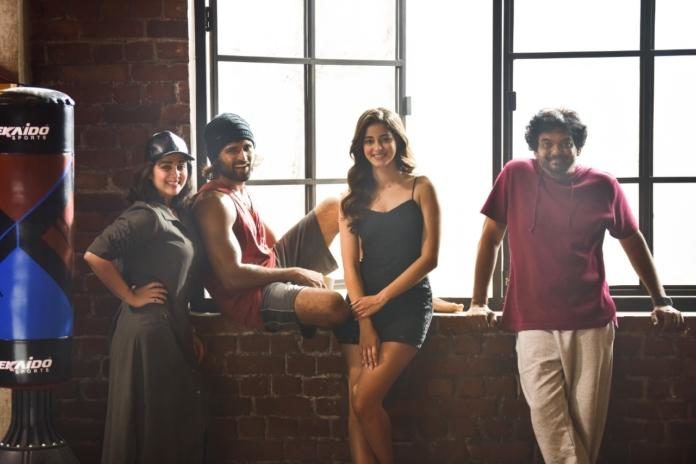 It is well known that Vijay Deverakonda who has recently tasted yet another flop with World Famous Lover has started shooting again for Puri Jagannath’s upcoming film. Shooting of the film has kick started much before but Vijay Deverakonda took time off for World Famous Lover movie promotions. Now that movie result is out, Vijay has started second schedule of Puri’s film which is currently happening in Mumbai.

There are reports that Ananya Pandey of Student of The Year 2 and Pati Patni Our Woh fame has been selected as the female lead. She is the daughter of famous Bollywood artist Chunky Pandey who has recently acted in Prabhas’s Saaho.

Now it is officially confirmed that she is the heroine. Director Puri Jagannath has made it official by tweeting that Ananya has joined shooting for the film and he is having fun shooting for this movie.

A couple of pictures which has Vijay, Puri, Ananya and Charmi were tweeted which shows that they truly are having a great time.

Being shot in boxing backdrop, this project will be released in Telugu and Hindi simultaneously, Puri Jagannath, Charmi, Karan Johar is producing the movie. More details of this project are expected later.