Not COVID-19 deaths but Hunger deaths questioning the country 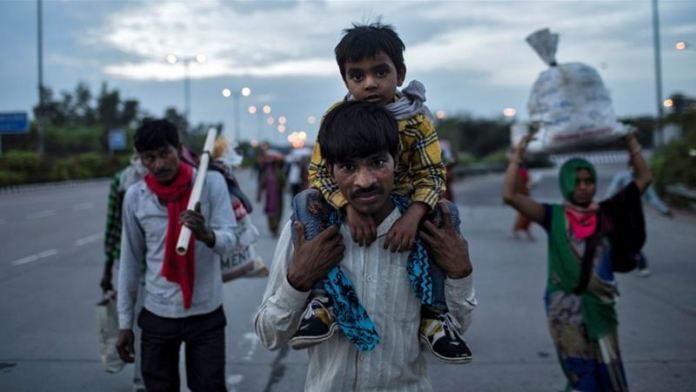 In the ‘Velugu’ daily newspaper a piece of news was published the day before yesterday in which a person named Ramesh’s wife was starved to death. Ramesh and his were happily married a few years ago and they have a couple of children. They don’t have a home to reside and live under a tree doing daily wage works.

After the lockdown, Ramesh’s family depended entirely on the food donors that resulted in the death of Ramesh’s wife. Ramesh said that his wife got ill due to the lack of food and starved to death eventually. Many people may argue that she didn’t die of hunger even in that case, the death with the lack of proper treatment and care is just pathetic.

In the Telugu daily ‘Sakshi’ they wrote about this pathetic incident in a small column and mentioned that the woman was died of illness saying that they are homeless and they beg for a living. Her funeral was done by the municipality people.

In any state, hunger deaths are such a shame for the government. The leaders along with officials should save people’s lives, especially poor and homeless. There might be many people dying out there due to the lack of food in this critical lockdown and the government should lie special focus on these people.

Rana Daggubati one of the most eligible bachelors in Telugu film industry is going to tie knot very soon. He has recently revealed that...
Read more
General News