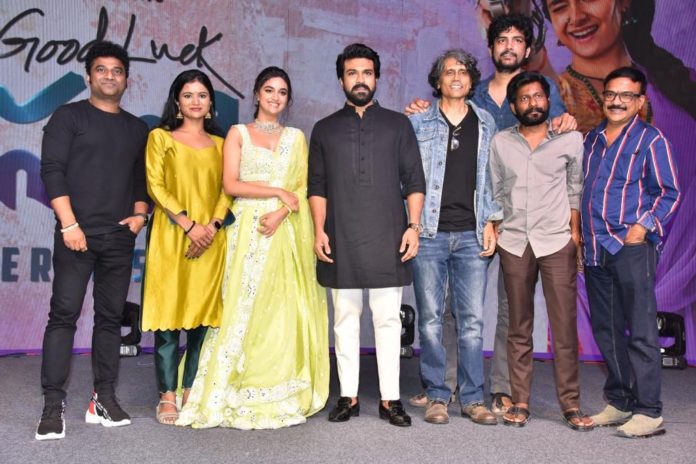 We all know that Keerthy Suresh’s long-pending film, Good Luck Sakhi is hitting the screens on January 28. The makers of the film organised a pre-release event on January 26 in Hyderabad and Ram Charan was invited as the chief guest at the event.

Speaking on the occasion, Ram Charan said, “I did not come as a guest. I came as a messenger to my father. I have come to convey his blessings. It is not a small film, but a biggie with many National award winners in the team. I think it’s a very meaningful movie. There is no difference between men and women in the film industry. Everyone is the same. Hopefully, the solo release on the 28th of this month will be a great success.”

After Ram Charan completed his speech, Keerthy Suresh requested the RRR actor to do the Naatu Naatu hook step with her. He obliged and taught her the hook step. Now, the dance video of the duo at the Good Luck Sakhi event is going viral on all social media platforms.