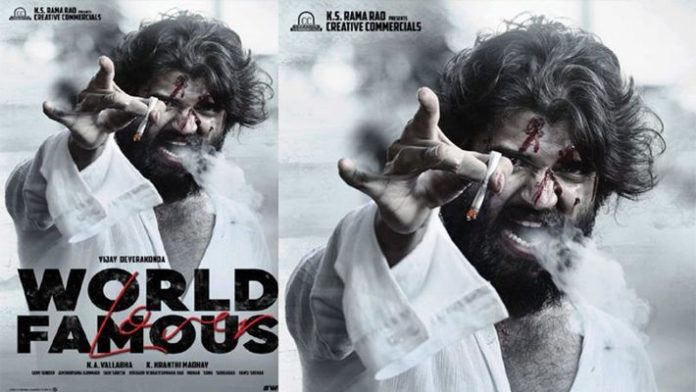 Vijay Deverakonda has immense craze in youth. His styles and movies are followed by this generation a lot. Even his flop movies manage to get so much attention before the release of the movie. But not in the case of his upcoming film World Famous Lover.

The movie is releasing next week. Still many don’t know that. Makers are trying hard to promote the film but there is zero buzz around the flick. They have released posters, promos, songs but to no use. Everything is failing to get the audience attention. Why? What happened?

According to the analysts, audience are feeling bored of Vijay Deverakonda’s look. He is sporting the same Arjun Reddy, Dear Comrade kind of look which is getting the feel of repetitive.

Moreover the teaser of the film looks like an extension of his behavior in Arjun Reddy. Even the slang looks the same. These factors are working against the movie.

Vijay Deverakonda too seems to not promoting the film. He is just posting the updates in social media. He is currently busy with the shoot of his upcoming flick Fighter in the direction of Puri Jagannath.

As Dear Comrade is a big flop, it is extremely crucial for Vijay Deverakonda to score a hit with WFL