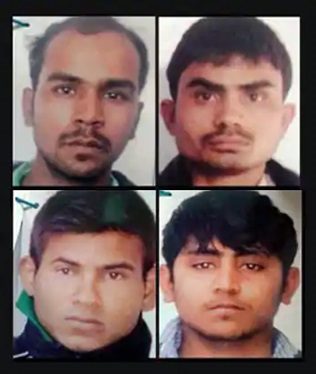 The four culprits involved in Nirbhaya’s rape and murder case is finding it tough to stay in jail after the death sentence has been announced. The sensational Nirbhaya case that has shaken the country is going to find its justice finally. The culprits involved in the case are going to be hanged tomorrow in Tihar jail.

One of the culprits, Akshay Singh has filed a review petition and Supreme Court is going to consider it on 17th of this month. As the case is extremely serious, there is an every chance for the Apex Court to reject the petition on an outright basis. So the hanging may be delayed only by a day for him.

Since the punishment had been announced, none of the culprits are taking food or  water. A minor boy involved in Nirbhaya case has been released after three years of jail. In 2013, another culprit has committed suicide in jail.

Anticipating that the same scene would be repeated among the remaining four culprits, the police officials tightened the security. A minimum of five police officers are allotted as security officers to each of the culprits. Even Tihar Director is taking extra measures to make sure that the hanging takes place as planned.

Not only Nirbhaya’s family members, but the entire nation has been waiting for tomorrow, as Nirbhaya’s rape and murder had been brutal and shook the nation when it took place.

For the past few days, rumours are making rounds on the internet that pan-India star Prabhas and Bollywood actress Kriti Sanon are dating each...
Read more