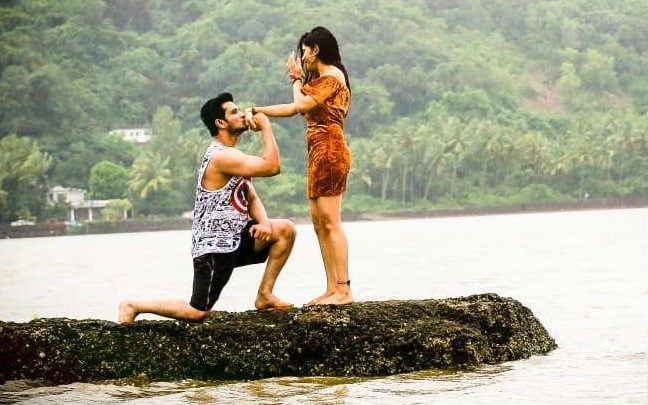 Just nine days back, chocolate boy Nikhil Siddharth surprised everyone with his engagement pics and officially announced that he is all set to enter into the wedlock with his girlfriend Dr. Pallavi Varma. The marriage will take place on April 16th.

However, in a recent media interaction, Nikhil revealed his love story and recalled how it all started. Nikhil stated that it all started at a party five months ago. The way she walked in, her body language and the way she carried herself, it was almost like love at first sight.

Nikhil further added, “I asked my friends for her number (smiles) and then I started talking to her and I learned that she was doing Medicine in Bangalore. I went to college to meet her, and the two started spending time together.

“During that time, I could clearly sense that she was the one who I wanted to spend the rest of my life with. When I told my parents about Pallavi, they were supportive. They liked her very much.”

Who made the first move? “Obviously me,” says Nikhil. “I wanted to propose to her and give the entire episode a filmy touch. But it was tough. (Laughs). I went down on my knee and proposed on a beautiful evening in Goa. She was surprised and blushed. She then asked me to speak to her parents, and I obliged.”

Nikhil further revealed, among the gifts he gave Pallavi was an iPhone Pro Max. On the work front, Nikhil has exciting projects lined up, including one with Geetha Arts and a sequel to Karthikeya, and he feels this is the right time to settle down.