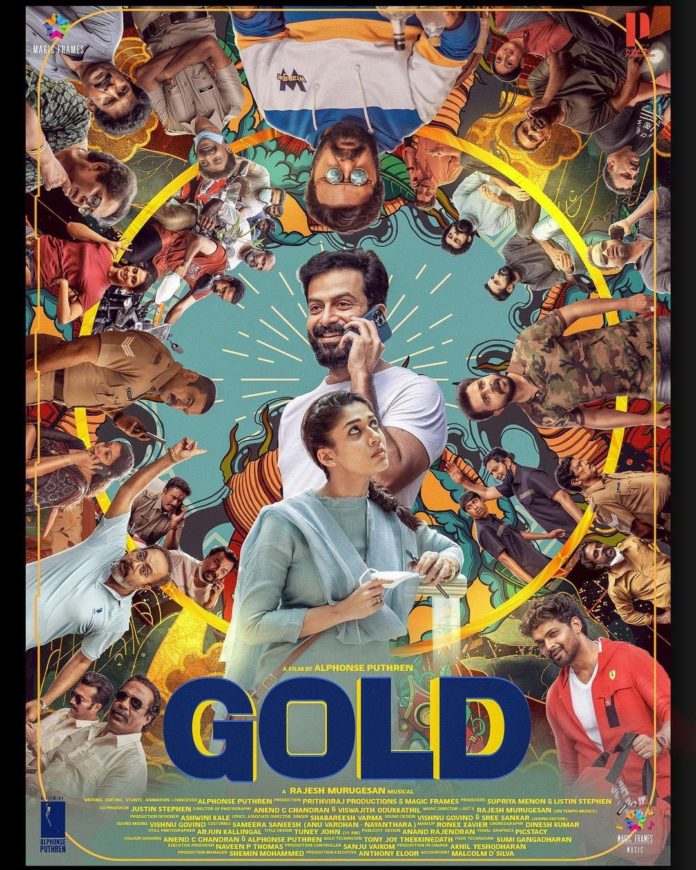 It is known that Malayalam star actor Prithviraj Sukumaran has teamed up with lady superstar Nayanthara for a film, titled ‘Gold’. The Alphonse Puthren directorial is one of the much-awaited films of the year.

Earlier, it was announced that Gold will hit the screens on December 2. The makers of the film today revealed that the movie has been preponed to the 1st of December.

Touted to be an action-comedy, the movie will release in Malayalam and Tamil languages. Produced by Supriya Menon and Listin Stephen, the highly anticipated film will also star Shabareesh Varma, Ajmal Ameer, Krishna Sankar and Chemban Vinod Jose in other key roles. It has music composed by Rajesh Murugesan.

The value of #GOLD always stays high in market.