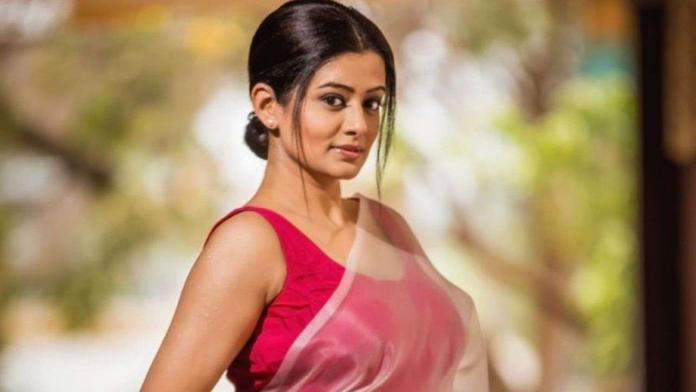 Priyamani is one of the most talented and beautiful actresses that Tollywood and India has ever seen. She was recently seen in The Family Man 2, in which her performance was highly appreciated. She will now be seen in Narappa, alongside Venkatesh. Here’s what Priyamani has to say before the release of Narappa.

You’re making a major comeback in Telugu films with Narappa. How does it feel?

It feels really great. I am happy that I am getting back with a wonderful film like Narappa. I am really looking forward to the release of the film.

Manju Warrier has done your part in the original film, Asuran. Her performance was highly praised in the original. Given that, what were your thoughts during and after getting this role?

I have always said that Manju Warrier is one of the best performers in the Indian film industry right now. What she did in the original was phenomenal, but I have tried to bring in my own flavour to the role. There would obviously be comparisons between her performance and mine, but I would consider my performance a success if I will have been able to bring about at least 2% of the impact that Manju Warrier brought about in the original.

You have shared screen space for the first time with Venky sir in Narappa. What was your experience working with him?

For a long time, I have wanted to work with Venky sir, and it has finally come true with Narappa. He is one of the best, sweetest and down-to-earth co-stars ever. He is also very humble and always made sure that everyone got what they wanted and what they needed, on the set. He was always very focused and made sure that everything was done to perfection. Everyone loves him, and I am a huge fan of his as well. I would absolutely love to work with him if given another chance.

At the same time, you have shared screen space with Rana Daggubati in Virata Parvam. How was your experience with him, and are there any similarities between Rana and Venkatesh?

Both Rana and Venkatesh are incredible actors, but both of them are poles apart when it comes to their personalities. Both are highly energetic people, but they are their own people. It was a wonderful experience to act alongside Rana in Virata Parvam, and we can discuss that towards the release of the film.

What are your thoughts on Narappa getting a direct OTT release?

I think it was the best choice considering the current pandemic situation.

This is the first time that director Sreekanth Addala has tackled a subject like Narappa. He’s always tackled family subjects like Seethamma Vaakitlo Sirimalle Chettu and others. What is your experience on working with him on this project?

Sreekanth Addala is a wonderful man and a really sweet person. Yes, he has never dealt with a subject like Narappa, but I think he did a fantastic job with it. While he has never done something like this so far, I think he would take up something of this genre, in the coming days.

When compared to all the films that you have done so far in your career, how is Narappa different for you?

I have done several village-based roles in other languages so far. However, this is the first time that I am doing something like this in Telugu cinema. So, that’s how Narappa is different for me, given that there’s a lot of rawness and rusticness in this film.

What other projects are you a part of, web content and otherwise, currently?

There’s Virata Parvam which is ready for release, and I am also a part of Ajay Devgn sir’s Maidaan. Also, there are several pan-Indian projects that I have agreed to be a part of. However, they haven’t begun shooting, given the current situations. I’m hoping they will begin shooting very soon.

The Family Man has received a phenomenal response, and your character is one of the most popular ones. How’s your experience on the series, and on working with Manoj Bajpayee? Is there anything that you can tell us about Season 3?

I never thought that I would ever be able to act alongside Manoj Bajpayee, so that was an amazing experience. The Family Man has gotten an overwhelming response, and I am happy that people have loved it. Everyone has their own favorite in between seasons 1 and 2, which clearly means that everyone loves the series. Given that season 3 is still in development, I can’t say anything about it right now. I am looking forward to the third season.

Any final words you’d like to say about Narappa?

I would like to request all the fans and audiences to tune into Narappa, which is releasing on July 20th, on Amazon Prime, and show it as much love as they would have shown it had it been released in theatres. Thank you.

Superstar Mahesh Babu is one of the top actors in the South film industry, who has the highest number of brand endorsements. Considering his...
Read more
Movie News

Ravi Teja has finally wrapped up shooting for the talkie part of Khiladi, which has been in the making for much more time than...
Read more
Movie News

Aakashavaani, a rustic drama almost entirely starring newcomers in the lead roles is streaming on Sony Liv. Let us see what the film has...
Read more
Movie News

It is known that actor-producer Bandla Ganesh, who was part of Prakash Raj's CineMAA Biddalu, left the team after Jeevitha Rajasekhar being selected to...
Read more

Kesineni Nani not to contest in next general elections

CM KCR off to Delhi for second time this month

Jana Sena Chief Pawan Kalyan is known to be someone who always praises and appreciates someone who does good for the people, and doesn't...
Read more

Superstar Mahesh Babu is one of the top actors in the South film industry, who has the highest number of brand endorsements. Considering his...
Read more
Movie News

Ravi Teja has finally wrapped up shooting for the talkie part of Khiladi, which has been in the making for much more time than...
Read more
Movie News

Aakashavaani, a rustic drama almost entirely starring newcomers in the lead roles is streaming on Sony Liv. Let us see what the film has...
Read more
Movie News

It is known that actor-producer Bandla Ganesh, who was part of Prakash Raj's CineMAA Biddalu, left the team after Jeevitha Rajasekhar being selected to...
Read more