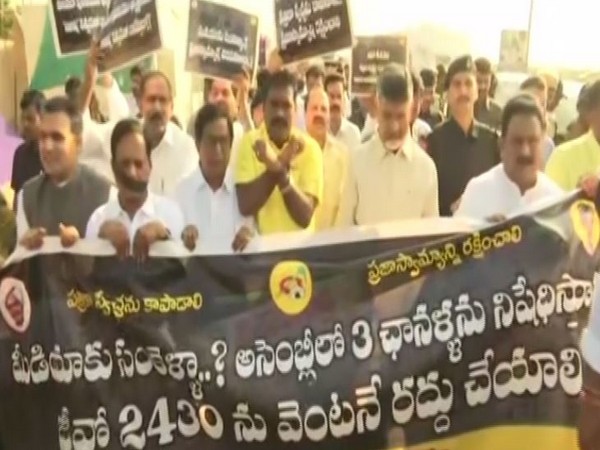 TDP Chief Chandrababu Naidu severely went against Marshals outside Andhra Pradesh assembly for not allowing him and his party leaders into the house.

Going against the G.O. Number 2430 which threats the Media’s freedom, the opposition party had staged a protest in the assembly today. Marshals stopped the TDP MLAs from entering into the TDLP office and also disallowed placards into the assembly. Much to the shock, even white papers on which Naidu has written the points to discuss in the house have been restricted.

Aggrieved over such acts, Naidu went against Marshals saying that a psycho rule is going on in the state. Not stopping there, he went on to allege that they are misbehaving with female MLAs and MLCs of Telugu Desam.

It is quite common for the opposition leaders to face the humiliation of this kind. Earlier YSRCP faced several issues during assembly sessions and also waited for a chance to give it back to the TDP. It seems, finally the time has been arrived now. 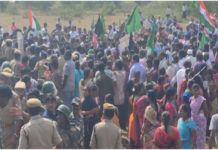 The situation is getting worse with AP Assembly 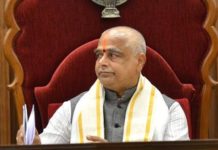 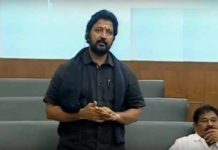