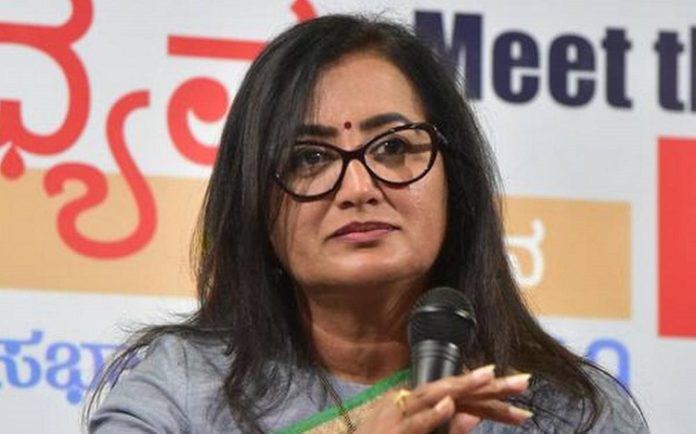 After concluding the Assembly and Lok Sabha elections in Andhra Pradesh, the Chief Minister Chandrababu Naidu is busy fighting against the Centre alleging that it joined hands with YSRCP Chief Jagan Mohan Reddy and Telangana Chief Minister KCR to defeat TDP in AP.

Waging a war against Prime Minister Narendra Modi, Naidu extended his support to Nikhil Gowda for the JD(S), grandson of former PM and JD(S) chief Deve Gowda. This put the AP CM in trouble, as the BJP highlighted the fact that he is going against the Telugu woman Sumalatha, who is contesting in the elections as an independent candidate after her husband and film actor Ambareesh’s death recently.

The issue has been circulated widely across the social media platforms, where several opined that it is not good on part of Naidu, who is a Telugu man, to go against a Telugu woman Sumalatha. Not only YSRCP, Telugiites from the other parts of the world have lashed out at Naidu for his act. The TDP circles however tried to defend Naidu, saying that it is not about the language or region, but the right leader is what made Naidu to support JD(S) candidate during the election campaigning.

On the other side, even BJP had to face the heat for taking out Ambareesh’s death issue. Several opined that the national party is trying to politicize even a death and draw the political mileage out of it. The TDP activists who were waiting for a right chance to go against BJP, lashed out at it, after allegedly politicizing Ambareesh’s death. They opined that it is not new for the BJP to perform the acts like these. The national party would go any end, to defame Chandrababu Naidu and TDP.

Naidu who is protesting in Delhi against Modi, upon the alleged EVM malfunctioning has got a solid reason to move on, after BJP took out Ambareesh’s death issue.

Previous article
Jersey gets a ‘U’. All set!!!
Next article
Is Kangana Ranaut having a hard time??