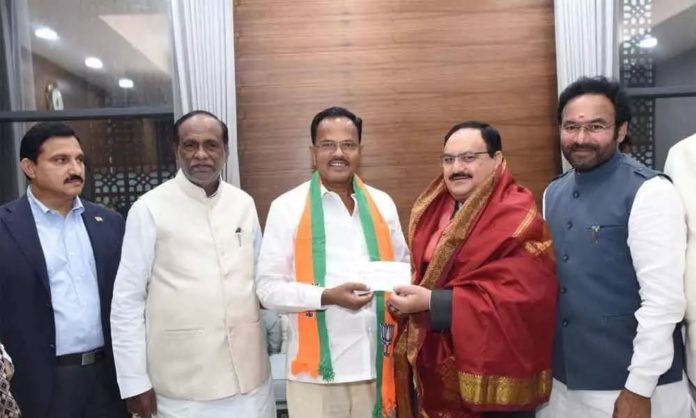 Leader of the TDP and former minister Motkupalli Narasimhalu joined the BJP. On Tuesday, BJP Working President JP Nadda welcomed him to the party in Delhi.

Motkupalli told the media that it was a pleasure for him to join the BJP. He thanked PM Narendra Modi, who is increasing the country’s name and honor in the world. They told that Telangana Chief Minister K. Chandrasekhar Rao is ruling as a dictator like Nizam’s 8th Warish, and he has no concern about the system.

Telangana BJP president K. Laxman, who was present on occasion, said that with Motkupalli joining the party will get more strength in Telugu speaking states. He told that work under the rule of NTR Motkupalli had been continuously fighting for the rights of Dalits.