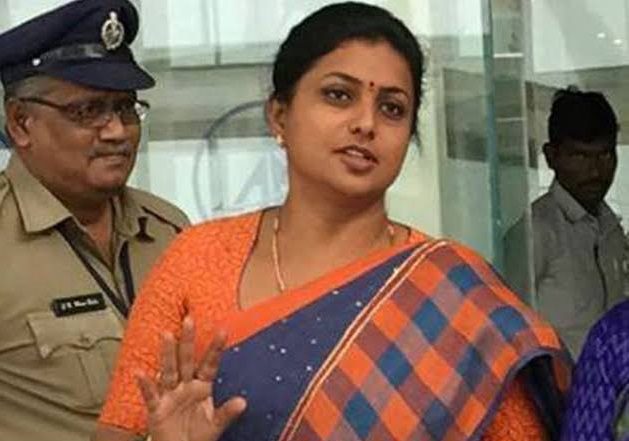 Roja says 3-Capital Bill is already passed. She says that with a fourteen days rule, the bill has already received approval. The same information was told by Minister Subhash Chandra Bose on Tuesday. APIIC Chairman, MLA Roja has made these statements and have put the public and the media in a shock.

Since the Select Committee was not formed under fourteen days, the Bill has been approved by default. She adds that the people of the State have welcomed this outcome. Roja has shared this information with the media on Wednesday after visiting Tirumala temple.

It is shameful of Chandra Babu to conduct Praja Chaitanya Yatra says Roja. She justifies that while Chandra Babu’s focus was on real estate, Chief Minister Jagan’s focus is on the State development and therefore the 3-Capital Bill was brought. Roja stated that the people of Andhra Pradesh are wise and so have defeated Chandra Babu’s son Lokesh in Mangalgiri.

If complains were lodged on the fake news by the social media run by Lokesh, more than 80% of the TDP members will be in jail, highlights Roja.