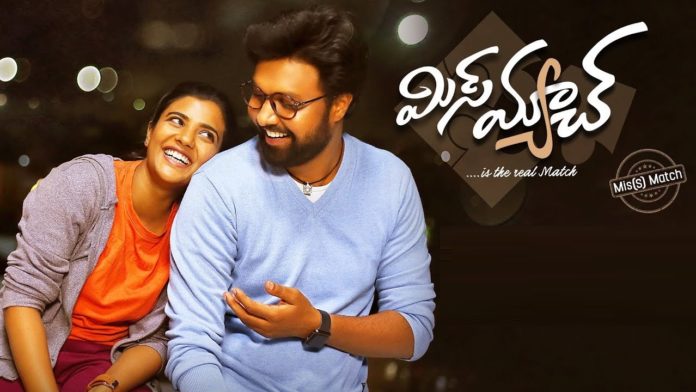 Govind (Pradeep Rawath) wishes to see his daughter Mahalakshmi (Aishwarya Rajesh) as a wrestler and joins her in National Championship. On the other side, Siddu (Uday Shankar) is a topper in memory based championship. Siddu and Mahalakshmi fall in love with each other but face professional issues from the guy’s family. What are the issues and how did the couple clear those and moved forward is what shows the rest of the film.

Aishwarya Rajesh’s performance is the biggest plus of Mis Match movie. She turns out to be best in both wrestling and emotional scenes. Pradeep Rawath has got a challenging role to play and he came up with a brilliant performance throughout.

Hero Uday Shankar comes first in the list, when it comes to minus points of Mis Match. Though his character has been written well, his poor acting skills spoiled it. Even the performance of other new artists in the film is disappointing.

Aishwarya’s character designing is impressive. The love track between the lead couple in the first half is good. Her scenes in the combination of Pradeep Rawath are great. Gifton Elias elevated several scenes with his background score. Editor tried his best in chopping off the scenes at appropriate times and thus made it better. Dialogues by Rajendra Kumar and Madhu are decent.

The chemistry between lead couple is worst and emotional scenes between the duo are routine and lack any interest. Wrestling episodes which are supposed to be the key for story are disappointing. Especially, the climax wrestling episode is too weak.

It appears like Bhupathi Raja picked Bollywood movie ‘Dangal’ story and added a love story to it and thus released it with the title Mis Match. Even emotion is not new, as the writer picked it from Gopi Chand’s Mogudu movie. Adding to the boring story, the weak and predictable screenplay further spoils the mood of the audience. Even the comedy is weak. Coming to director, though he succeeded in portraying the emotional track of father and daughter, he failed in making the film appear to the audience in other aspects.

Except Aishwarya Rajesh’s performance, there is no other notable thing to be discussed in Mis Match. It can be considered as a thorough disaster in every other major aspect, be it story, screenplay, direction, etc. The boost given by Pawan Kalyan, Venkatesh, Tholi Prema remix song and many such attempts became useless.