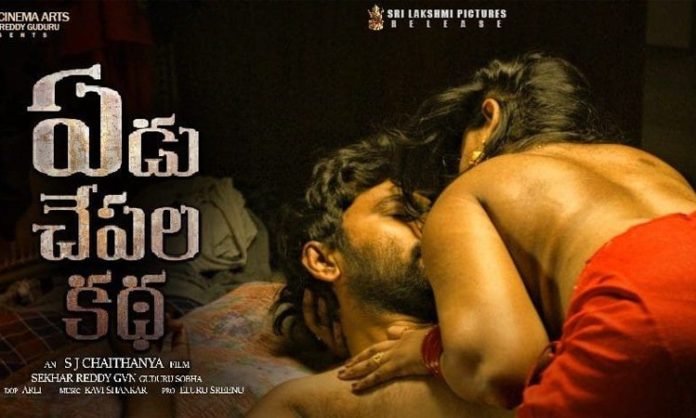 “Yedu Chepala Katha” that received a massive response through teasers and trailers, magically won the similar response even in the theaters. Youth and mass audiences thronged to the theaters in large numbers on the first day and thus offered magical amount of collections.

While it released in around 300 theaters, in Telangana and Andhra Pradesh alone, the film collected Rs. 1.03 crore share and the India-wide share is Rs. 1.1 Crore. Even the pre-release business of the film itself has touched Rs. 2.4 Crore. Shockingly, not even the films that have a good star casting have registered such a good share at the box office.

But the mere purpose of watching Yedu Chepala Katha, which is the adult content, has been ignored in the film. The bold scenes that were used for promotion in the trailers and teasers were chopped off at the censor level, thus disappointing the audiences right on the first day itself.