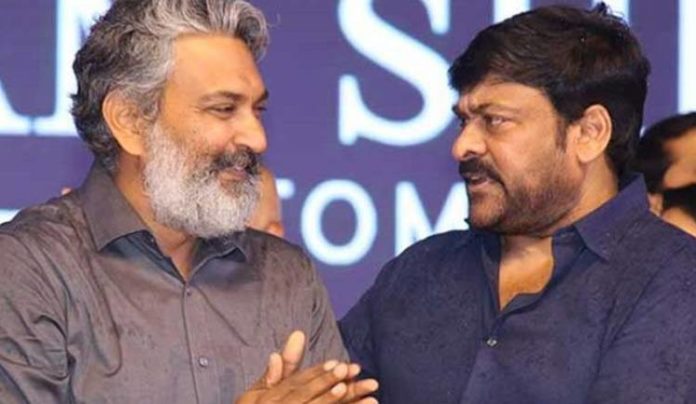 Mega Star Chiranjeevi is playing the lead role in Koratala Shiva’s next and shooting has been progressing at a very brisk pace. According to the latest update entire shoot will be wrapped up by June end and makers are looking for August release.

But here is a problem which Koratala Shiva and Co are facing from past few days. It is known that Charan is playing a 20 minute extended cameo role in this movie and that portion is yet to be shot.

Ram Charan is also playing lead role in Rajamouli’s RRR which has now been postponed to January 8th 2021. Now this became a problem for Chiru 152 team. There is a clause Rajamouli put to Charan and Tarak that no movies of them should release before RRR. Now with Charan playing extended cameo in Chiru152 means that film will have to release post Sankranthi, may be for Summer 2021.

But Chiranjeevi film will face huge losses if that happens. It is not good to hold the movie release for such long periods. So Chiranjeevi came forward and the latest news is that he will be holding talks with Rajamouli and Co to settle the issue. Official update regarding this will come out soon.