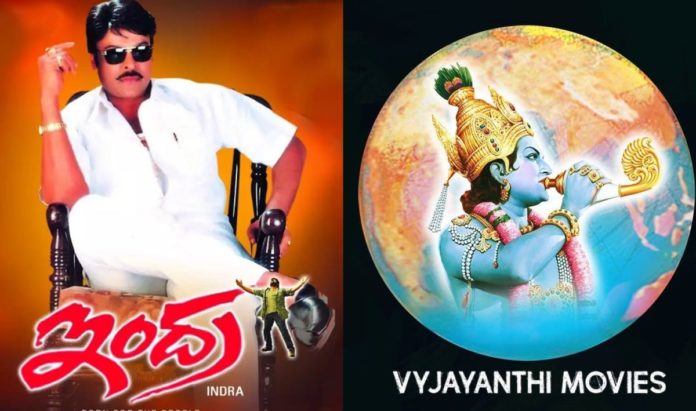 It appears like fans have started a trend in Tollywood to re-release the iconic movies of their favourite actors to celebrate the stars’ birthdays.

After Mahesh Babu’s Pokiri was re-released and created a storm, Pawan Kalyan’s fans have also made the necessary preparations to put special shows of Jalsa film on Power Star’s birthday.

Even before the fans of the two actors thought about re-releasing the blockbuster films, the fans of Megastar Chiranjeevi were one step ahead and already approached the production house ‘Vyjayanthi Movies’ to release the 4K print of Indra movie on 22 August, which happens to be the Sye Raa actor’s birthday.

While the movie teams of Pokiri and Jalsa co-operated with the fans and delivered what they asked, it appears like the Mega fans are finding it hard to get the 4K print from Vyjayanthi Movies.

Chiru fans are now claiming that the production house is not responding properly and neglecting their request. Upset with Vyjayanthi Movies’ response, fans have now penned an open letter asking the producers to reveal the reason for not considering their request.

Saying that Indra is an emotion to all the fans, they requested the makers to do the necessary arrangements to make it possible.

Directed by B. Gopal, Indra is produced by C. Ashwini Dutt under Vyjayanthi Movies. It was the 2nd highest grossing Indian film of 2002 after Shah Rukh Khan’s Devdas.

Previous articleLegendary Investor Rakesh Jhunjhunwala dies at 62
Next articleNTR in Oscar contenders list: Is it even possible?