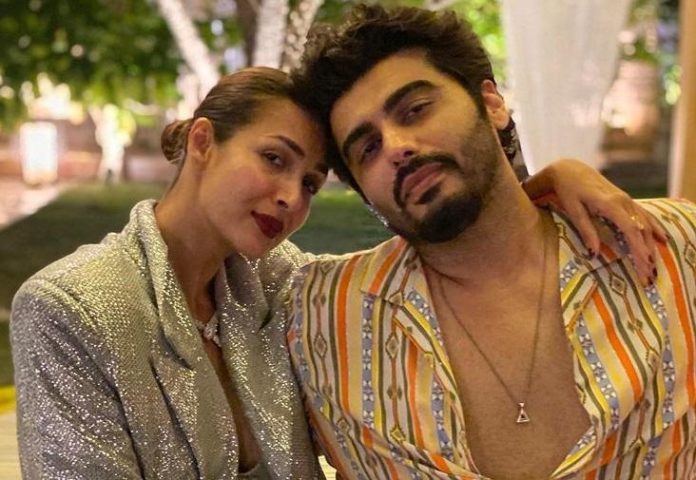 Malaika Arora and her boyfriend Arjun Kapoor are quite often spotted together. Of late Malaika shared in an interview that the new relationship with Arjun after her failed marriage gave her much needed confidence. Recently the duo were busy holidaying at a beach destination in Goa.

After celebrating Christmas with their respective families, both the actors jetted off to Goa along with Malaika’s sister and actress Amrita Arora and a few companies of close-knit circle

On their Instagram stories, we can see both Malaika and Arjun sharing the same picture, in which they are seen all smiles alongside Amrita Arora and their friend Sarvesh Shashi at beach villa lately.

Now on the occasion of new year bash, Malaika Arora shared a mushy pic with her beau Arjun Kapoor on Instagram. The beauty wished all her fans a happy 2021 and said she is ‘eternally grateful’ in her post. In the image, she was see draped in a silver sequinned pantsuit while Arjun was seen in a yellow unbuttoned shirt and black trousers in a rather cool laid back look.

Kareena Kapoor Khan who is a mutual friend and also a distant relative of Arjun commented, “My two favourites”. Arjun’s sister Anshula Kapoor and his aunt Maheep Kapoor dropped heart emojis. And now it is conspicuous that their family are okay with their relationship!.

The much anticipated first song from Waltair Veerayya - Boss Party is out now and it is a proper dance number in Chiranjeevi and...
Read more