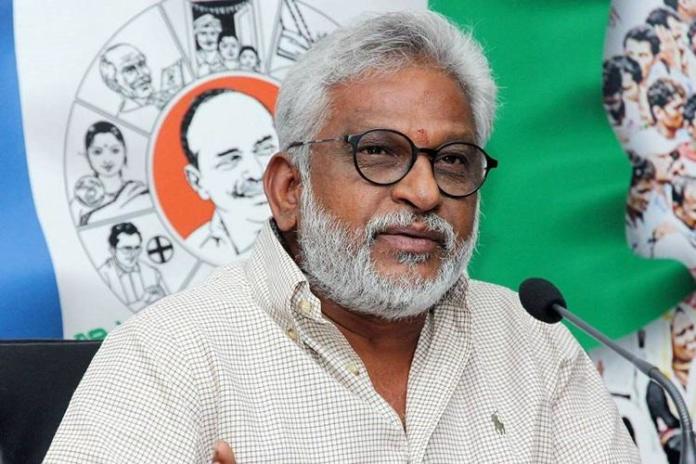 Not many members of the YSRCP were satisfied by the allocation of nominated posts by the Jagan government. The party’s state leader, YV Subba Reddy – a close relative of CM YS Jagan Mohan Reddy’s, was the most affected, with him being given the post of the TTD CHairmanship once again, despite his public statements of wanting to be involved in direct politics.  Even though the state-level corporation posts were six and districts level posts were four, or a total of ten posts, half of the assembly constituencies in the district did not get the least priority. In many constituencies, the cadre of the state was deeply dissatisfied with the local MLAs.

The state government’s nominated posts have created quite the stir in the ranks of the district. The government announced six corporation chairmanships at the state level and four district level chairmanships at the district level. On the other hand, looking at those who have been given their posts, the role of Minister Balineni Srinivasa Reddy seems to have played a key role in the affair. In terms of social justice in the posts, the weaker sections were given due priority and women have been given priority. Even this factor disappointed the ranks of the Government. Jagan’s decision to give half the posts to women has left many leaders behind. This has caused major dissatisfaction with the YSRCP ministers, towards the party’s high command.

Three of the total ten posts went to Ongole, and three went to Kondapi constituency. According to the party’s decision, Krishna Chaitanya, who was the in-charge of Addanki, was assigned the chairmanship of the AP network (SAPNET). Krishna Chaitanya’s experience on social media in the past has been considered in allocating this post. SAP CEO Venna Prajnadhara Reddy immediately called him and invited him to tell him about the office on Gannavaram Road, its maintenance and details. The corporation is under the purview of the State Industries and IT Ministry. Former MLA from the district, Jupudi Prabhakar has been allotted the chairmanship of the Social Justice Advisor Committee.

Kakumani Rajasekhar of Ongole was given the chairmanship of the leather development corporation. Sheikh Subhanni of Ongole was unexpectedly given the post of Chairperson of Tailors Development Corporation. Chintalakulam Satyanarayana Reddy, who belongs to Kanigiri constituency and is currently in Hyderabad, unexpectedly came to the forefront and secured the chairmanship of the Reddy Corporation. Dr Ashok Kumar Reddy’s wife Supraja, of Singarayakonda, has been given the post of the Chairperson of the RTC Regional Board of three districts associated with Prakasam.

Four chairmanships have been appointed at the district level. Kondapi in charge Madasu Venkaiah was reassigned the chairmanship of the Central Bank. Parchuru in charge Ravi Ramanatham Babu was replaced by his wife Padmavathi as the DCMS chairperson. Singaraju Meenakumari of Ongole has been allotted the seat of the Chairperson of Ongole Urban Development Authority (ODA). Minister Balineni recommended the name of his follower who is the president of the party at the city level, Venkata Rao, whose wife Meenakumari has been given a post, due to the government’s decision to give priority to women. Also, the post of the Chairperson of the District Library went to Rachagola Venkata Susheela of Vaipalem constituency. Minister Suresh recommended that the post be given to Pichayya Yadav, but his wife was selected in the women’s quota. However, she is qualified only till the 7th standard.

Markapuram is the strongest division politically in the district. But the division did not get any importance in these posts. In addition to Giddalur, Markapuram and Vaipalem in the division, Darshi also did not get any importance. While Kanigiri constituency has been given the Chairmanship of the Reddy Corporation, the person who got it is an industrialist in Hyderabad.

Many senior leaders in the district were shocked by the list of posts. CM Jagan had promised previously, that many people who could not be given tickets in the last election would be given posts in the future. Among them are former MLAs Janke Venkata Reddy, Dr Garataiah, Tumati Madhavrao, who served as the party’s in-charge in opposition, and Gottipati Bharat. In 2014, Dr. Amritapani, who contested and lost the Parliamentary seat in Bapatla, and Varikuti Ashok, who served as Kondapi in charge. Battula Brahma Reddy not being given any post, despite being the party’s state spokesperson, has become very debatable. Initially, the state-level leadership wanted to give him a post, but the minister did not get a positive response from Balineni.

Some other leaders like Mooka Kasi Reddy are also waiting for posts in the Kanigiri constituency. A closer look at the allocation of posts shows that the state government, as well as the party leadership, have given priority to minister Balineni’s recommendations.

Abhiram Daggubati, son of Suresh Babu and younger brother of Rana Daggubati, is all set to make his lead actor debut under the direction...
Read more
Movie News

2022 Sankranthi season is promising to be an eventful one for Telugu audiences as we might see a head-on clash between Pawan Kalyan and...
Read more
Movie News

Buzz: Samantha to play a key role in Prabhas’ Project-K..?

The Modi government, on Tuesday, exposed the Andhra Pradesh government's excess loans in the parliament. They said that the AP government has surpassed the...
Read more
Political News

TV9 is one of the leading news channels in Telugu, which lakhs of viewers tuning in to watch the channel every day. However, the...
Read more
Political News

After the resignation of Karnataka's Chief Minister BS Yediyurappa on Monday, the Bharatiya Janata Party has now selected Basavaraj Bommai as the new Cheif Minister of the state. Basavaraj served...
Read more
Sports

In unexpected news to Indian cricket fans, the second T20I that was scheduled between hosts Sri Lanka and India has been postponed to July...
Read more
Political News

The Modi government, on Tuesday, exposed the Andhra Pradesh government's excess loans in the parliament. They said that the AP government has surpassed the...
Read more
Political News

TV9 is one of the leading news channels in Telugu, which lakhs of viewers tuning in to watch the channel every day. However, the...
Read more
Movie News

Abhiram Daggubati, son of Suresh Babu and younger brother of Rana Daggubati, is all set to make his lead actor debut under the direction...
Read more