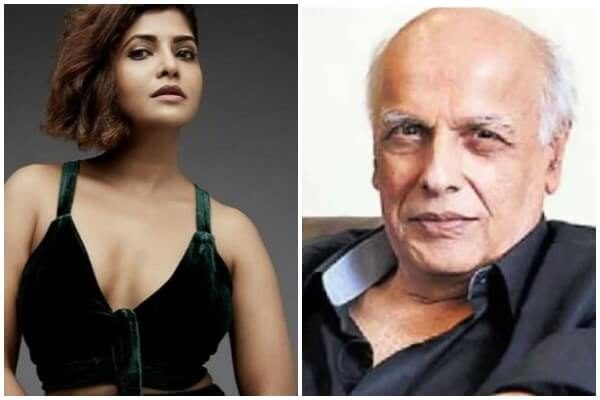 Recently few bollywood stars have been in the mire of controversy for sexual harassment allegations made by other co actors. Ever since Sushanth’s untimely demise was alleged to be conspired murder, irrespective of the truth, the stars have come forward to fight out and voice out their opinions boldly. Since then many hidden truths in B town have started to come to light.

Actress Luviena Lodh shared 1 minute 48 sec video clip, claiming Mahesh Bhatt to be maltreating her. In this context, the legal solicitor of Vishesh Films, on behalf of filmmaker Mahesh Bhatt, has served a legal notice condemning an Instagram video content uploaded by actress Luviena Lodh, accusing Bhatt that he has been harassing her and her family. She also called him the biggest don in the film industry.

The legal counsel while referring to the video clip said, “We, on behalf of our client Mahesh Bhatt, refute the allegations. Such allegations are not only false and defamatory but have serious consequences in law. Our client will take such action in accordance with law as advised,” read the statement issued on behalf of Bhatt.

It is known that Mahesh Babu's daughter Sitara was the center of attraction in the recently held Sarkaru Vaari Paata launch event. This is...
Read more
Movie News

If the latest reports are to go by, noted actress Sai Pallavi has been locked for Pawan Kalyan's upcoming project, PSPK27. Sai Pallavi will be...
Read more
Movie News

Tollywood heartthrob Vijay Deverakonda and dynamic director Puri Jagannadh are collaborating for an action thriller, which is tentatively titled Fighter. The unit will soon...
Read more

It is known that Mahesh Babu's daughter Sitara was the center of attraction in the recently held Sarkaru Vaari Paata launch event. This is...
Read more
Movie News

If the latest reports are to go by, noted actress Sai Pallavi has been locked for Pawan Kalyan's upcoming project, PSPK27. Sai Pallavi will be...
Read more
Movie News

Megastar Chiranjeevi, Nagarjuna, and a few other Tollywood seniors met with the chief minister K Chandrasekhar Rao to discuss about relief measures to the...
Read more
Movie News

The upcoming GHMC elections have become all the rage in the state, with every single party trying to make sure that they emerge victorious...
Read more
Political News

‘Friendly Enemies’ drama started by TRS-MIM ahead of GHMC polls…!

Telangana people are well aware of the relation between the ruling TRS party and their ally MIM. They know how they play politics and...
Read more
Political News

The second anyone thinks of Telangana Chief Minister KCR's speech, the first thing they are reminded about is the heat and fire that exudes...
Read more
Political News

TRS party working president and Telangana IT Minister K Taraka Rama Rao is on a roll these days after he had a review meeting...
Read more
Political News

Discussion on the GHMC elections is a real waste of time?

If you are not well aware of our over-civilised urban people, let us ask you a question..! What do you think would be the...
Read more