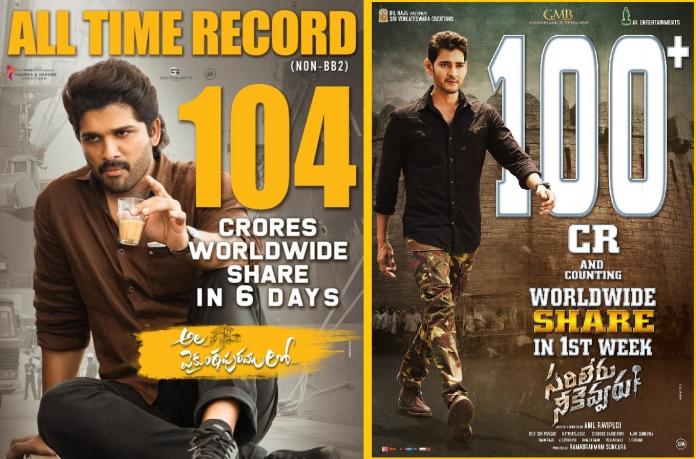 Sankranthi biggies Sarileru Neekevvaru and Ala Vaikunthapuramulo got released with a day gap on January 11th and January 12th. Both the movies have got decent reviews with the latter slightly better. Both have been competing at the box office since then.

Openings of both the movies are sensational and both have stood strong as per the collections are concerned. Audiences have liked both the films and are going to theaters. Sarileru Neekevvaru and Ala Vaikunthapuramulo had sensational Sankranthi season.

With all going well for the movies, their behavior is raising many eyebrows. They have gone too far ahead when it comes to fake publicity. They are running after records and fake collections. Sarileru Neekevvaru has posted their first day collections as 47 Crores share. Ala Vaikunthapuramulo then released a poster stating that their gross on first day is 85 Crores gross. This has continued every day for both the movies.

While their films are working so well and entertaining the audience what is the need for the producers to go for fake propaganda is the question.