KTR’s brother in law pulled into huge alleged scam! What is KTR’s part? 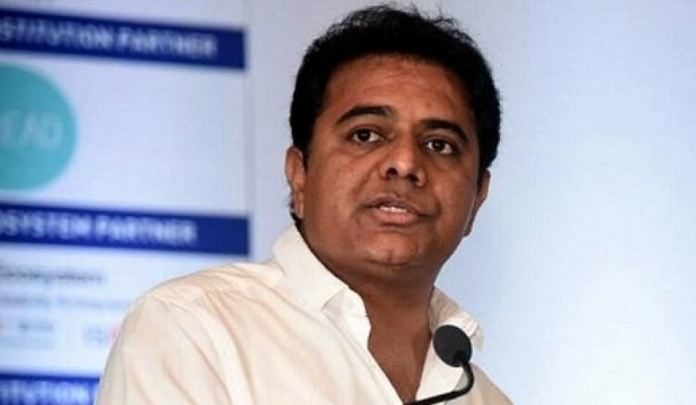 Telangana IT Minister, KTR has a brother in law named Pakala Rajendra Prasad. KTR has a huge reputation as an honest leader and everyone admires him for all the good deeds he has been determined himself to do from the day he was sworn in as the people’s leader.

On the other side, there is his brother in law who has been inactive in politics but a known businessman and his is name is being heard in many entrepreneur sectors. He owns a company worth Rs.20 crores but all of a sudden it receives Rs.150 crores as investments from various sources.

There are many doubts on these whooping investments and there is an allegation that the raw chemicals and products need to manufacture the Hydroxy-chloroquine, the happening drug which is being treated as the killer of the COVID-19 has been supplied from Rajendra Prasad Company, which is described as a starter even though there are many reputable Pharma companies in Telangana.

TPCC Working President and Malkajgiri MP Revanth Reddy also alleged the same and described how Rajendra Prasad’s firm had entered into a joint venture agreement with the IICT for conducting research on the raw material used in the production of Hydroxy-chloroquine. He asked the BJP-led NDA government as to why the IICT had entered into a pact with a firm that has no experience in medical research.

Revanth Reddy went on saying that both KTR and KCR are beneficiaries in the deal as the firm will be receiving a subsidy amount from the Centre. Can we hear the father-son duo’s reply to these allegations soon?