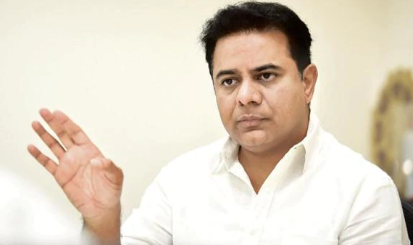 With the most crucial Federal Front on the cards, KTR is all set to take the baton from his father KCR to rule the Telangana on behalf of the TRS party. After all the wait, KTR is looking very excited about the Chief Minster post and in order to make his own mark in both the party and the state, he is making many mistakes.

As the working president of the TRS party, KTR is encouraging defections into his party and cordially inviting everyone who is interested in joining the party. TRS performed exceptionally well in the Municipal elections and literally smashed the opposition to all parts. Yet, KTR is feeling insecure and very tense to face the tactics that the opposition will try to work out on a new Chief Minister.

For example, in Shamshabad Municipality, out of 25 words, TRS bagged 14 and 8 were sealed from the forward block party. Every single candidate among 8 joined the TRS party and KTR doesn’t seem to be bothered with their joining. Of course, independents and revolutionists have no good chance than joining the most powerful party in the state but encouraging these defections will disrupt the balance in the party.

KCR might be thinking to curb the rise of the opposition at the early stage with back to back blows but this strategy has the highest charges of backfiring. Many leaders will feel insecure with this move and they will take sides at many crucial junctures in the party activities which will not be a healthy situation. So, KTR should wake up soon before the situation goes out of hand.